HomeGamingModders Have Turned 'GoldenEye 007' Into a Full 'The Spy Who Loved...
GamingStyle 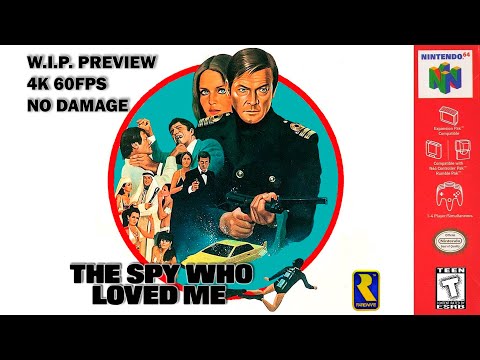 While 1997's GoldenEye 007 is an iconic game in its own right, modders have now managed to turn the Nintendo 64 title into a full game for another equally classic James Bond film, The Spy Who Loved Me. In an hour-long clip featured above, YouTube user Graslu00 plays through 11 levels of the new mod, which spans across all the locations of the film including the legendary ski chase scene in the Alps, the rooftop fight in Egypt, and the Liparus supertanker in the Atlantic Ocean.

Of course, it also adds Roger Moore's likeliness to the main character alongside Barbara Bach's Anya Amasova and Curt Jürgens' Karl Stromberg so you can fully immerse yourself into the retro game. It'll even run on 4K at 60 frames per second via an emulator, although diehard fans will be able to play it on the Nintendo 64 as well.

Unfortunately, there's no proper release date just yet for the full mod, but a demo of it is currently available over on N64 Vault. It includes the first three playable levels of the game and teases an eventual four-player mode, with the game itself ultimately featuring 20 different levels.

Elsewhere in gaming, Riot Games has confirmed that the upcoming fighting game spin-off of League of Legends will be free-to-play.