Obi-Wan Kenobi Is Coming To ‘Fortnite’ 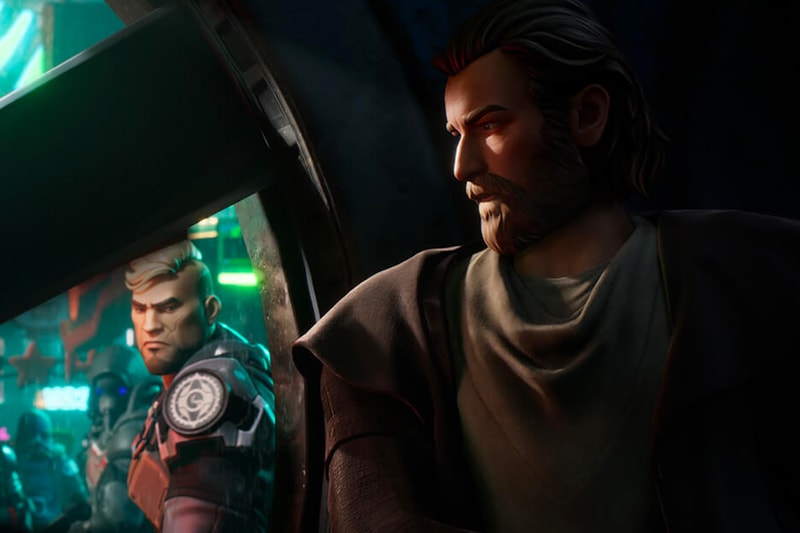 A young Obi-Wan Kenobi is making his way to Fortnite.

Epic Games announced the arrival of the Star Wars staple via a blog post, confirming that the Jedi Master will be available in the Fortnite Item Shop starting May 26 at 8 p.m. ET. Players who purchase the Obi-Wan Outfit will be given the Desert Essentials Back Bling, described as an "assortment of tools perfect for living an isolated existence on a remote desert planet," his Blade Pickaxe, a Jedi Interceptor Glider, Obi-Wan's Message Emote and the the Kenobi, Surrounded Loading Screen.

The character's appearance on Fortnite is also a celebration of the premiere of Obi-Wan Kenobi on Disney+, which will see Ewan McGregor and Hayden Christensen reprise their roles as Obi-Wan and Anakin Skywalker/Darth Vader from the prequels. “Obi-Wan is lost,” McGregor said of his character in a recent interview with EW. “He’s a broken man after what happened with the Jedi order at the end of Episode III, but also what happened with Anakin; that he lost him to the dark side. He feels an enormous amount of responsibility for that, and guilt.”

The Obi-Wan Kenobi Set will be available in the Item Shop on May 26! #Fortnite pic.twitter.com/RfRtiC2Raz