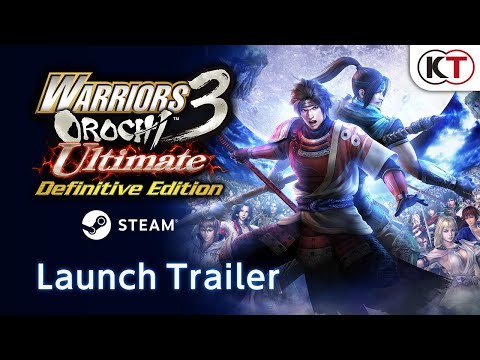 KOEI Tecmo has released an expanded version of the hack and slash game Warriors Orochi 3. Originally launched as Musō Orochi 2 in Japan in 2011, the Warriors Orochi 3 Ultimate Definitive Edition includes all of the features of the original with new characters, storylines and modes, offering a more in-depth gameplay experience.

The revamped edition premiered on Tuesday for PC via Steam. This version comes with the downloadable content that’s already been released on other platforms, such as new episodes.

In “Duel Mode,” elements of versus battles and card battles are brought together for action-packed gameplay, while in “Gauntlet Mode,” players can join in on party battles.

Warriors Orochi 3 characters were designed by popular illustrator Akihiro Yamada. The Ultimate Edition comprises over 145 unique characters, including those from other KOEI Tecmo titles. Players can battle with Kasumi from DEAD OR ALIVE 5 and Sophitia from the SOULCALIBUR series.

Warriors Orochi 3 Ultimate Definitive Edition is currently available to play via Steam. Watch the trailer above.

In other gaming news, Jordan Peele’s Monkeypaw teamed up with Meta to bring Get Out, Us and Nope into VR.