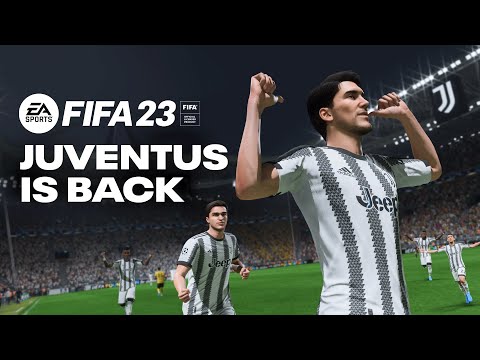 Soccer club Juventus will once again be featured in EA’s FIFA franchise. Although Juventus previously had a deal with Konami that saw it exclusively in the Pro Evolution Soccer series, EA and Juventus has announced that they’ve inked a “multi-year collaboration,” beginning with the launch of FIFA 23.

EA will not only serve as Juventus’ official sports gaming partner but also its “official urban culture partner.”

“The partnership with EA SPORTS goes beyond gaming and football,” Juventus’ announcement reads. “Numerous initiatives will be held for a 360-degree experience of the Juve world - a world of street art, culture, music and Urban lifestyle.”

The next FIFA title will showcase Minnesota’s Allianz Stadium, the Juventus logo, over 700 teams and 17,000 players.

Following next year’s release, however, EA will be putting out its soccer games under the name EA Sports FC after the company was unable to reach a decision while negotiating with FIFA, ending the decades-long partnership. EA has said that it plans to keep the core elements of the game the same.

In other gaming news, Xbox has received quicker boot up times.