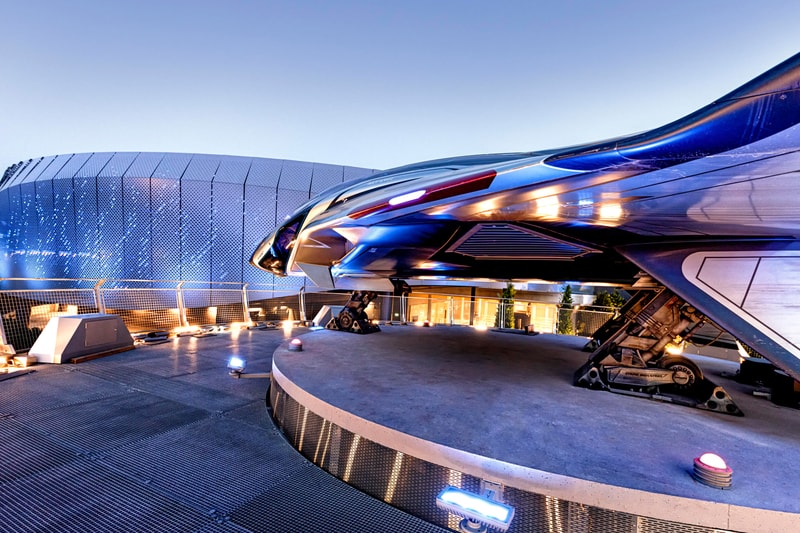 Diehard Disney and Marvel fans are in luck, as Disneyland Paris is about to open its all-new Avengers Campus.

In celebration of the 30th anniversary of Disneyland Paris, the Walt Disney Imagineering teams have worked alongside the Avengers movies, television series, and comics to bring the franchise to life. The new Marvel multiverse includes the Marvel Training Center and has been designed with 27 cameras that capture fan and hero meetings with the likes of Captain Marvel, Iron Man, and Spider-Man.

Aside from meeting the heroes around the campus - as they also walk around the facility available for selfies - the interactive experiences stretch across games such as a dance-off with Star Lord and Gamora from Guardians of the Galaxy. Visitors also have the chance to team up with Spider-Man on a mission where you can shoot webs from your wrists through the motion-sensor, 3D-activated ride.

For the first time in Disneyland's history, "F.R.I.D.A.Y," the Artificial Intelligence designed by Tony Stark, has been integrated throughout the campus to interact with all the visitors. While she can be heard throughout the campus, its most impressive when she welcomes fans to the park, monitoring threats, signals, and the arrivals and departures of the Avengers.

Another first for Disneyland Paris is the new Iron Man-themed ride "AVENGERS ASSEMBLE: FLIGHT FORCE." The high-speed rollercoaster allows riders to team up with Iron Man and Captain Marvel on a lightning-fast mission that flies into space to lure threats away from planet Earth. When entering the facility for the ride, its immersive queue system allows those waiting to meet Iron Man to hear about what is in store.

The new Avengers Campus also includes dining facilities such as the new Pym Kitchen which is designed as an innovation science lab where each meal and drink tells a story. Those eating will be able to experience food at unusual scales, including huge sharable pretzel sandwiches, hot dogs, burgers, and cakes.

Finally, Disney's Hotel New York - The Art of Marvel, which opened in June 2021, allows guests to experience a stay that throws them into more alluring story-telling. By including added activities such as the "Super Hero Station" and "Hero Training Zone," they allow those staying to enjoy outdoor sports activities that are suitable for all ages. But when looking throughout the hotel, around 350 pieces of Avengers-themed artwork have been included, created by over 100 artists from across the world. Speaking about the launch of the new campus, Disney's CEO Bob Chapek said:

“Our Imagineers, Marvel Studios teams, and everyone involved have truly outdone themselves to bring you this action-packed world. I think our guests will be astounded by the detail and creativity at Avengers Campus as they explore and become part of a bigger universe.”

You can have a closer look at the new Disneyland Paris Avengers Campus above and you can also watch the promotional made during the exclusive opening above.

In other news, Wyatt Russell has spoken about the possible return of John Walker.

Share
Facebook
Twitter
Pinterest
WhatsApp
Previous articleBandai Namco Confirms It Has Been Hacked; Publisher is Investigating the Scope of the Damage
Next articleNothing Phone (1) Announced With a Translucent Design, Flashy Glyph Interface, Snapdragon 778G Plus, More