HomeMusicA$AP Rocky Is Working On “A Lot of Music” With Tyler, the...
MusicStyle

A$AP Rocky Is Working On “A Lot of Music” With Tyler, the Creator 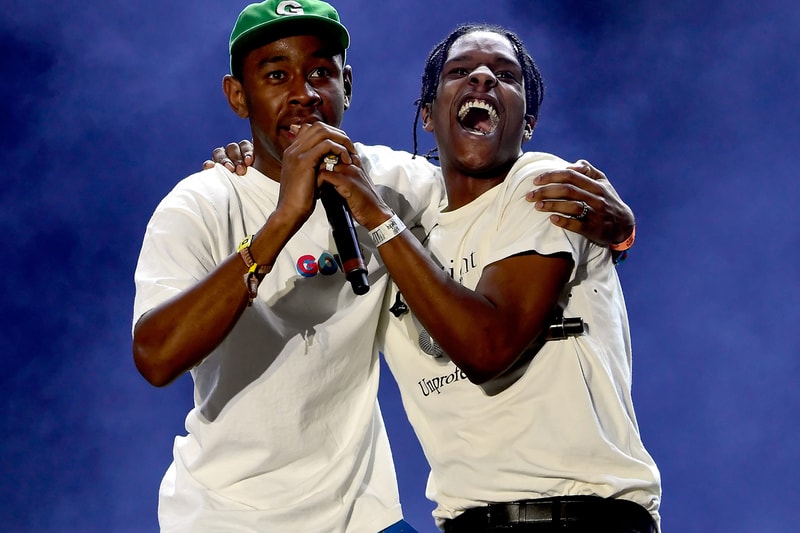 A$AP Rocky revealed that he and Tyler, the Creator — a fan-favorite collaborative force — have recently been working together in the studio.

Speaking to Jerrod Carmichael for an Interview piece, the "D.M.B." artist confirmed that he and his longtime friend and collaborator have been collaborating on "a lot of music." Rocky also confirmed that he is finishing up his TESTING followup and helming its music videos. "I’ve been working with T a lot, man. We blocked out the last two weeks and have been working on a lot of music, but I’m wrapping up this album right now, about to direct a few of these videos," he said.

Flacko also took a moment to give Carmichael his flowers, "And I can tell you, just from doing a couple of music videos, it’s so much energy and preparation and curation. And music videos are only three to four minutes long. You’re doing features, man. That blows my mind. I can’t imagine that amount of stress."

A release date for the album has not been confirmed, however Rocky previously affirmed that it will not be entitled ALL SMILES. “One thing I can tell you is that the name isn’t gonna be All Smiles – you know, I never publicly said that my album was called All Smiles! That one is more of a concept project, it’s music and more,” he said.

Elsewhere in music, Pharrell praised Kendrick Lamar as "one of the greatest writers of our time."