HomeMusicArctic Monkeys Drop New "I Ain't Quite Where I Think I Am"...
MusicStyle 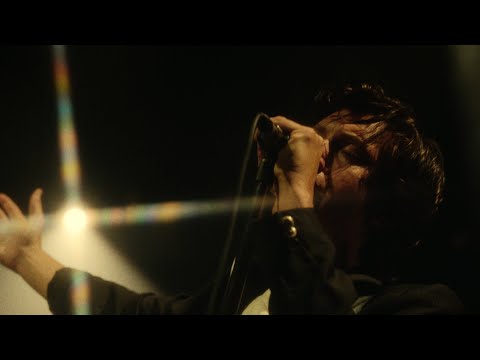 Ahead of the release of their new album The Car later this week, Arctic Monkeys have dropped off a new track, dubbed "I Ain't Quite Where I Think I Am," alongside a music video directed by Ben Chappell and Zackery Michael.

The visual, which was shot at Kings Theatre in Brooklyn, sees the band perform the track for a live audience. "It's the intermission/Let's shake a few hands," Alex Turner sings on the second verse. "Blank expressions invite me to suspect/I ain't quite where I think I am."

The group recently announced a North American tour in support of their forthcoming album, which is scheduled to commence in August 2023 at The Armory in Minneapolis, followed by a slew of performances in locations including Chicago, Boston, Forest Hills, Austin, Portland and San Francisco.

"I Ain't Quite Where I Think I Am" is the third track to arrive from The Car, following "There'd Better Be a Mirrorball," which included a video directed by Turner, and "Body Paint," which came with a Brook Linder-led visual. The album, which follows 2018’s Tranquility Base Hotel & Casino, is slated for release on October 21.

Watch Arctic Monkeys' "I Ain't Quite Where I Think I Am" video above.

In more music news, Trippie Redd is developing his own adult anime series.