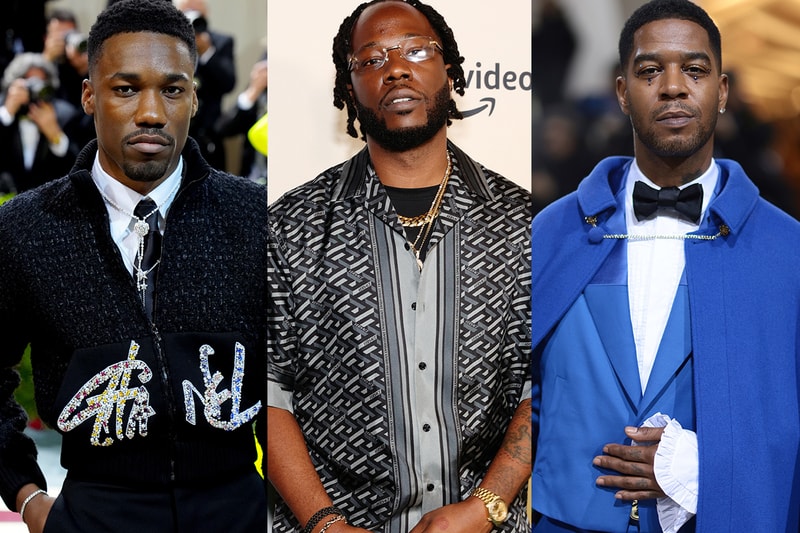 As the week in music comes to a close, HYPEBEAST has rounded up the best projects for the latest installment of Best New Tracks.

This week's list is led by GIVĒON, Dot da Genius with Kid Cudi, JID and Denzel Curry and Lil Nas X with NBA YoungBoy, who released the album Give or Take and the singles "Talk About Me" and "Late To Da Party," respectively. Also joining this selection are French Montana with Harry Fraud, Wiz Khalifa, Roddy Ricch, Gorillaz with Thundercat, Mura Masa with Channel Tres and Shygirl, Conway the Machine with Jill Scott, and Warren Hue.

GIVĒON - Give or Take

GIVĒON finally releases his highly-anticipated album Give or Take and it does not disappoint. The intimate 15-track project hears the artist go through the most personal of topics, including life's ups, downs, romances, relationships and everything in between — all of which were relayed to his mother in conversations that are present across the album.

Dot da Genius teams up with Kid Cudi, JID and Denzel Curry for his newest single "Talk About Me," which has been in the works since 2019. “I’ve been in music for a long time, right now I’m understanding what phase and era I’m entering,” the GRAMMY-nominated producer shared in a statement. “It feels good to finally make the decisions, decide what looks good, and just get my vision out to the people that supported me all this time. There are so many kids out there that have supported me, so I want to give them something to hold on to.”

Lil Nas X and YoungBoy Never Broke Again join forces for "Late To Da Party," which hears the former take aim the BET Awards after he claims he was snubbed. The cut also arrives with an accompanying music video that sees him and YB enjoying the magic of green screen.

Gorillaz and Thundercat link for "Cracker Island," the virtual group's latest cut produced by Greg Kurstin, Remi Kabaka Jr. and the band themselves. A press release states that Murdoc, Noodle, Russel and 2D have relocated to Silverlake, California where they supposedly found out that “the one truth to fix the world is to invite fans to join The Last Cult,” which is led by Murdoc as the self-appointed Great Leader. “It’s nice to be back, I’m well into our new tune, it brings back weird and scary memories of stuff that hasn’t happened yet,” 2D shared.

Roddy Ricch shares his first project since LIVE LIFE FAST entitled THE BIG 3. The three-track EP is released ahead of the rapper's touring stint with Post Malone for his "Twelve Carat Toothache Tour," which kicks off this September.

Wiz Khalifa preps for the release of his upcoming album Multiverse with its second single, "Bad Ass Bitches." Produced by Hitmaka and Bankroll Got It, the track follows “Iced Out Necklace" from earlier this year. “This track came together through Hitmaka. As soon as I heard it immediately jumped on as it’s a banger," Khalifa shared in a statement.

Conway The Machine revisits his February album God Don't Make Mistakes with an accompanying music video for "Chanel Pearls" featuring Jill Scott. The visual is helmed by Davi X. Pena and Chad Tennies and is billed as a video that serves as "an ode to relationships that sustain and nurture."