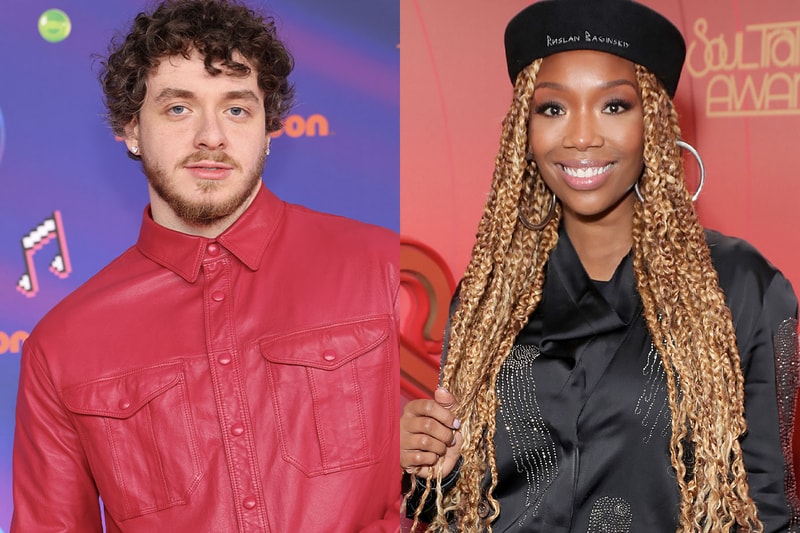 Making good on her promise, R&B figure Brandy recently released a freestyle over Jack Harlow's "First Class" single. Throughout the take on the popular track released on Hot 97, Brandy boasts about her accomplishments and delivers shots at Harlow. The not-so-subtle jabs serve as a response to Harlow admitting that he did not know that Brandy and Ray J were siblings.

Lines include, "That don't mean jack in the streets/Jack of all trades, now I'm here jacking for beats/Queen's canceled but you can never cancel a queen." Along with, "Over 20 years and I am still a topic/A picture's worth a million now I'm feeling philanthropic," and "43 and feeling like a kid with millions watching/popular but now I'm poppin' shit for those out of pocket."

During a recent appearance on Hot 97, hosts Ebro Darden, Laura Stylez and Peter Rosenberg quizzed Harlow during a segment called "#WhiteIshWednesday." Asked to guess the singer of Brandy’s 1998 song "Angel in Disguise," a stumped Harlow was given a hint that the song was by Ray J's sister, to which the artist responded, "Who’s Ray J’s sister?"

Responding to Jack Harlow not knowing she was related to Ray J, Brandy took to Twitter, writing, "I will murk this dude in rap at 43 on his own beats and then sing is ass to sleep."

I will murk this dude in rap at 43 on his own beats and then sing is ass to sleep. ♠️

In case you missed it, Travis Scott is set to donate proceeds from his latest Nike collaboration to Project HEAL.