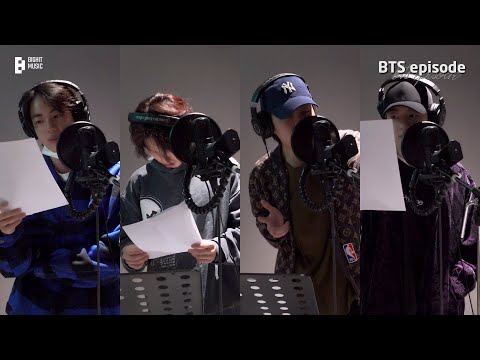 BTS is giving its fans an inside look into the creation process behind its new track “Bad Decisions.” Featuring Benny Blanco and Snoop Dogg, the single premiered on August 5 and quickly became the K-pop boyband’s tenth top 10 hit on the Billboard Hot 100 chart.

In a music video for the upbeat pop song, Blanco portrays a BTS superfan readying to see his favorite band live in concert. Preparation for the event ranges from writing that he loves BTS in his bathroom mirror to rehearsing the group’s choreography in a dark room. He ends up having to rush to the concert only to discover that he showed up to the show a day early.

In a new Run BTS episode shared on August 16, each BTS member reflects on their contributions to the track.

“After Coldplay, Halsey, Megan Thee Stallion, all those amazing artists, we’ve got to work together with a great hip-hop artist, Snoop Dogg, who I’ve listened to so much during my trainee days,” Jung Kook says in the video. “When Psy released a song with Snoop Dogg, I was so amazed, and now we get to do it too.”

The singer also expressed that he was especially focused on his English pronunciation for this collaboration.

“I tried to make it sound more familiar and less awkward for people who will listen to the song, so I was careful about how I pronounced things,” he said.

Jin described how “Bad Decisions” was a rare opportunity for all the vocal members of BTS to get together to record, while V shared his excitement about performing the song live for fans in the future.

“When I’m driving, I don’t usually listen to my songs but I kept thinking I would listen to this one,” Jimin said.

Watch the new episode of Run BTS exploring the making of “Bad Decisions” above.

In other music news, Spotify wants users to record vocal Reactions to its music playlists.