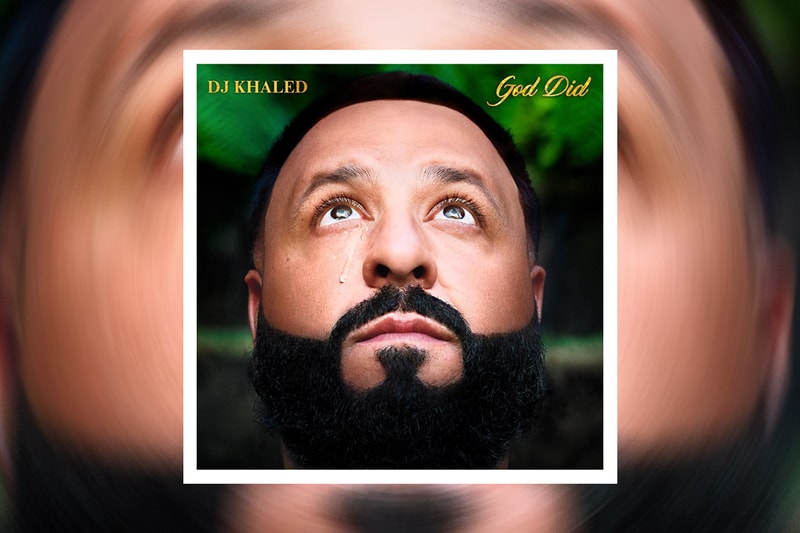 After unveiling the record's tear-shedding cover art earlier this week, DJ Khaled has revealed the official tracklist for his forthcoming 13th studio album, GOD DID.

"I want to thank EVERYONE who believed. On this album and beyond. THANK YOU! This album is special," Khaled wrote on Instagram alongside the list of features, before hinting at a new single delivery ahead of the album. "Let me be clear, there’s a lot of things that can happen in the next 24 hours."

Notably, Drake appears on two tracks: the previously-released "Staying Alive" with Lil Baby and the album's opener, "No Secret." Additionally, Scott and Toliver team up on "Let's Pray," and Future and SZA join forces on "Beautiful." Similar to his previous records, Khaled has recruited a squad of dancehall leaders, including Skillibeng, Buju Banton, Capleton, Bounty Killer and Sizzla, for a track titled "These Streets Know My Name."

The soon-to-be-released album will arrive as the follow-up to the producer’s 2021 record Khaled Khaled, which debuted at No. 1 on the Billboard 200 albums chart, accumulating approximately 93,000 album-equivalent units in its first week.

DJ Khaled's GOD DID is slated for release this Friday, August 26. Take a look at the full tracklist below.

Elsewhere in music, Bad Bunny travels back to the '90s for his new "Neverita" music video.