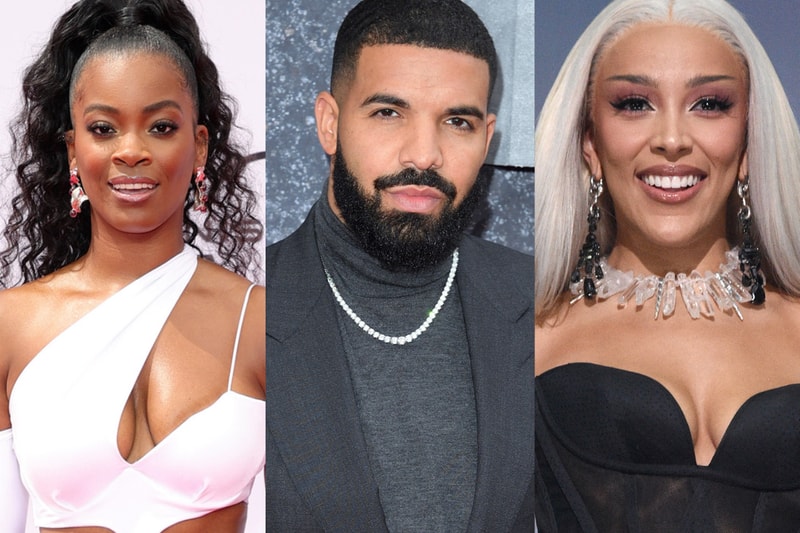 BET has unveiled the nominations for the 2022 BET Awards. Notably, Doja Cat is this year's frontrunner with six nominations, while Drake and Ari Lennox follow closely behind with four nods each.

Doja Cat's six nominations include best female R&B/pop artist, best female hip hop artist, album of the year (Planet Her), BET Her for “Woman,” and two trophies — video of the year and best collaboration — for “Kiss Me More,” featuring SZA. The 26-year-old chart-topper is the only artist to receive nominations in both R&B/pop and hip hop categories this year.

Aside from Doja Cat's Planet Her and Drake's Certified Lover Boy, the album of the year nominees include H.E.R. (Back of My Mind), Kanye West (DONDA), Tyler, the Creator (Call Me If You Get Lost), Jazmine Sullivan (Heaux Tales, Mo' Tales: The Deluxe) and Silk Sonic (An Evening With Silk Sonic).

Keem, who received a 2022 Grammy nomination for best new artist, is up for the same trophy at the BET Awards alongside Benny The Butcher, Latto, Muni Long, Tems and Yung Bleu.

The 2022 BET Awards will take place at the Microsoft Theater in Los Angeles on Sunday, June 26. The live show will air on BET at 8 p.m. ET, with host Taraji P. Henson.