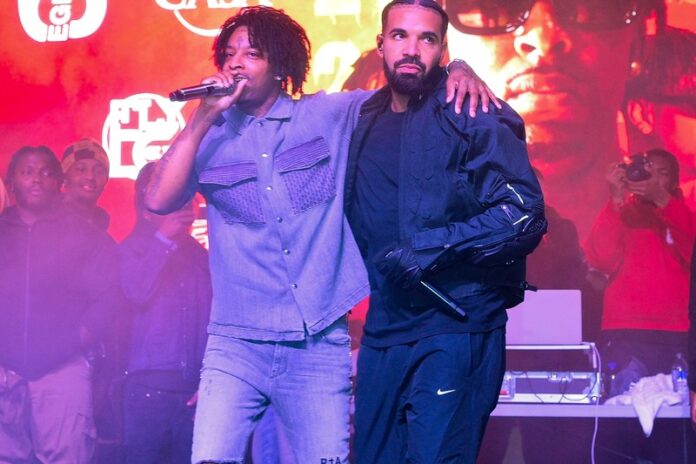 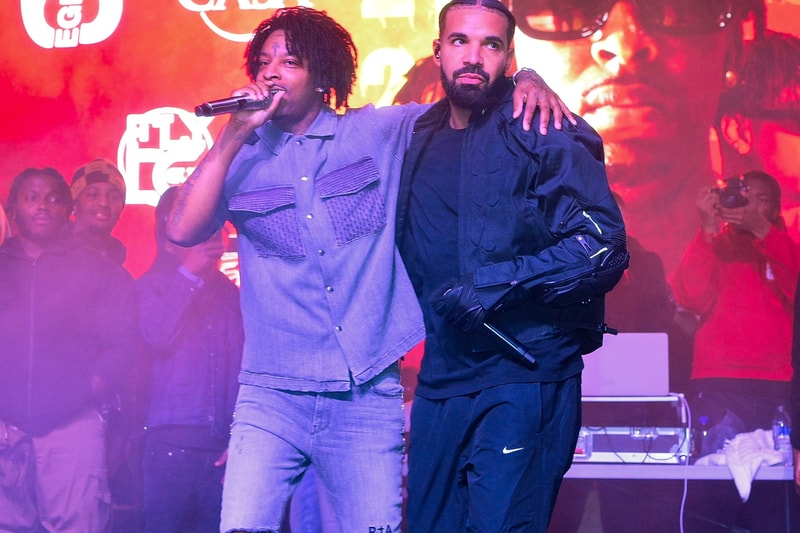 Drake and 21 Savage are still dropping teasers for their highly-anticipated collaborative LP, Her Loss, with just a few hours to go before its debut. Earlier today, the two rappers continued to drum up excitement by sharing the tracklist for the project.

Laid over an oversaturated image of a woman holding what looks to be an OVO-branded soda, the tracklist shows 16 songs in total. The album will open with “Rich Flex,” followed by “Major Distribution,” “On BS,” “Backoutsideboyz” and “Prilived Rappers,” among others. The tracklist doesn't show any features, if there are any at all.

The list also names Drake and 21 Savage as executive producers on the LP and the rappers’ labels, OVO and Slaughter Gang Entertainment.

The rap duo hasn’t released any songs from Her Loss since announcing the album late last month but have teamed up in the recent past for chart-topping songs such as “Knife Talk” and “Jimmy Cooks.”

Her Loss was initially slated for an October 28 release, which was pushed back due to producer Noah “40” Shebi contracting COVID.

Drake and 21 Savage’s Her Loss is out for streaming on November 4. Check out some of the duo’s best moments below.

In other music news, A Boogie has dropped the new single “Ballin” following the decision to delay his album release.