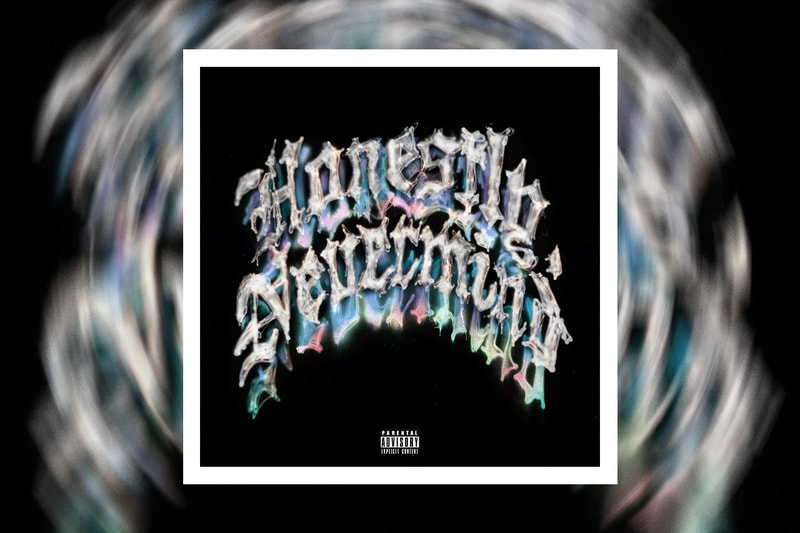 Drake is back. The OVO rapper has just announced his seventh studio album HONESTLY, NEVERMIND is slated to release on June 17. The new project serves as a follow-up to Certified Lover Boy which released back in September 2021.

This release comes as quite a surprise for hip-hop fans across the globe as the Canadian artist hasn't dropped any hints of a forthcoming album in recent memory, and fans waited three years for CLB after Scorpion dropped. However, it's no secret that he's been in the studio lately as 2022 has seen a handful of Drake features. He popped up Future's record I Never Liked You for a pair of songs, linked with Gunna for "P Power" and aligned with Jack Harlow for an incredible verse on "Churchill Downs" and comical music video shot at the Kentucky Derby.

After tapping Damien Hirst for his pregnant lady emoji artwork to use as his album cover for CLB, Drake has approached this newest body of work with a more simplistic design. The words HONESTLY, NEVERMIND are written out in a crystalized font and backdropped in black.

Look for the album to release via streaming services at 12am EDT on June 17.

In case you missed it, Eminem and CeeLo Green have dropped a new Elvis Track "The King & I."