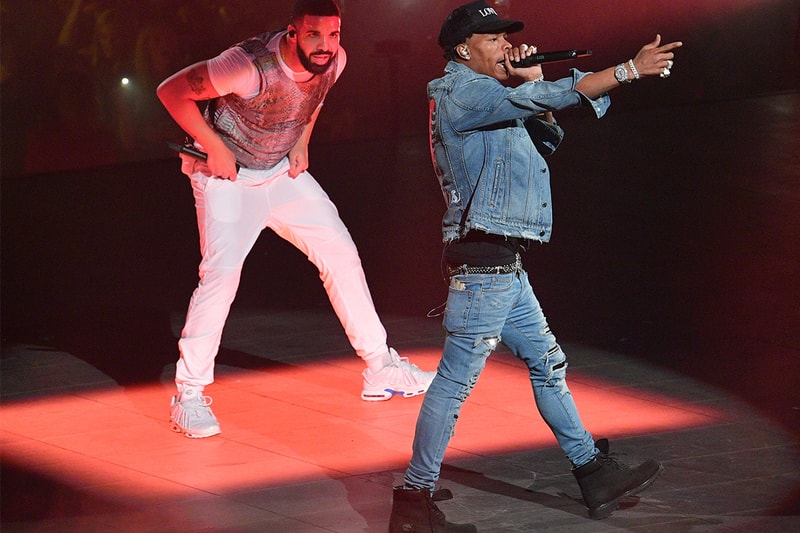 In the past couple of days, fans have spotted Lil Baby hanging around Drake's hometown of Toronto.

The 6God seemingly confirms that Lil Baby is in the city paying hi ma visit in his recent livestream with Stake. The duo recently performed together at the Metro Metro Festival in Montreal where Drake surprised the crowd during Lil Baby's set. In his Twitch livestream from his Toronto mansion, Drake confirmed that Lil Baby is hard at working recording music, "My brother Lil Baby's in the studio right now, he's cooking up, we're working." He later added that the 24-year-old rapper would be joining him on some gambling later.

While there is no information regarding when the potential Drake and Lil Baby collab might be released, fans are definitely excited with new music on the way. It is unsure how long Lil Baby will be staying in Toronto, but recently fans have spotted the rapper at some of the city's hottest locations including 44 Toronto, a new nightclub inthe city.

Drake revealed @lilbaby4PF is at his Toronto mansion cooking up new music together ?? pic.twitter.com/S0f4bRnbfc

Lil Baby spotted in a grocery store in Toronto pic.twitter.com/aY5p1Q4rxX

In other music news, Harry Styles makes global chart history with Harry's House and single "As It Was."