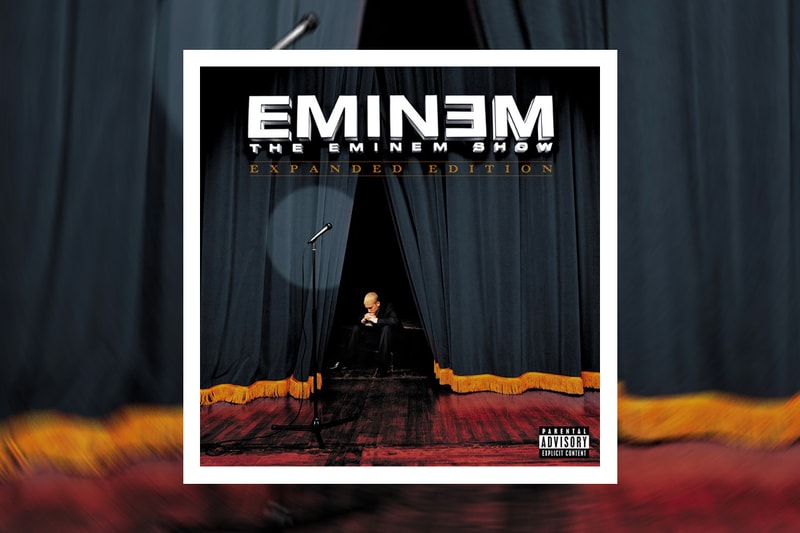 Eminem has dropped off a special expanded edition of The Eminem Show in celebration of its 20th anniversary.

The 2002 album's deluxe reissues features a total of 18 bonus tracks comprised of B-sides, live performances, instrumentals and one unreleased song — all of which were previously not available for download or streaming. Fans can also look forward to the release of physical editions of the expanded edition later this year, which will include a four-LP vinyl set, CD and cassette versions.

The Eminem Show dropped on May 26, 2002 instead of its original June 4 date as a way to combat bootlegging and satisfy the listeners' demand. The original 20-track record went on to debut at No. 1 on the Billboard 200 and sold 284,000 copies on its first day — still the only album to achieve this feat — and 1.3 million copies in its first week. It was named the best-selling album both in the United States and worldwide in 2002, and has since then been certified diamond. It also gave Em an Album of the Year nomination at the 45th GRAMMY Awards, along with wins for Best Rap Album and Best Music Video for "Without Me."

In other music news, check out Post Malone's tracklist for Twelve Carat Toothache.