HomeMusicFlo Milli Is on Top of the City in New “Big Steppa”...
MusicStyle 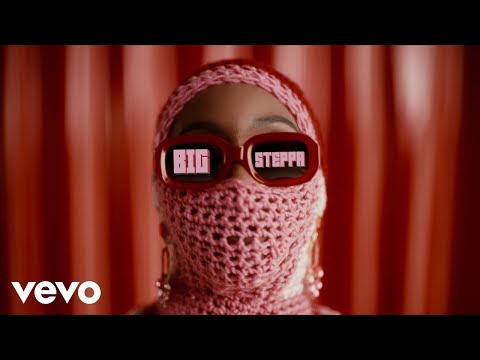 The song comes from the Alabama-born rapper's debut album You Still Here, Ho?, which was released this past July. In the new video, Flo Milli is seen in a range of clips from rocking a pink and red crochet suit to towering over the city and wreaking havoc. Per usual, the track is full of confidence showcasing that she's both ambitious and a force to be reckoned with.

Other included visuals in the music video show her in a cropped plush red jacket with an extra-long train and moving around a geometrical illusion. The "Big Steppa" visual marks the fourth music video released from the project behind  "No Face," "Conceited" and "PBC."  Alongside the music videos, Flo Milli has been releasing an array of pop-culture-inspired skits.

Check out the music video for "Big Steppa" above.

In related news, DJ Khaled reveals a star-studded tracklist for GOD DID.