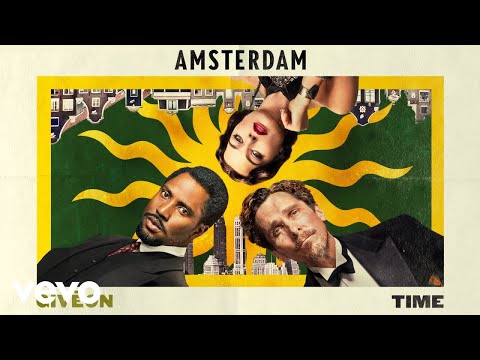 R&B crooner and Grammy-nominated superstar GIVĒON has released a new single ahead of the release of the upcoming Amsterdam film. The track, titled "Time" is co-written by Drake and Daniel Pemberton.

The track was created for the forthcoming David O. Russell mystery comedy, setting the tone for the vintage setting and the overall orchestral production behind the film. "Time" is set to be the lead track for the film's original motion picture soundtrack. Pemberton wrote the original score for the film and for this particular song, he turned to Drake, the executive producer, to collaborate on the title track.

"Time" combines GIVĒON's unmistakably rich and classic vocals with a piano track paired with woodwind instruments. In a statement, the artist said he channeled Frank Sinatra to find his sound for the song to ensure it captures the right feel for the film. Amsterdam is slated to feature a star-studded cast including Christian Bale, Margot Robbie, John David Washington, Anya Taylor-Joy, Chris Rock, Mike Myers, Rami Malek, Robert De Niro, and Taylor Swift.

The film hits theaters on October 7.

In other music news, A$AP Rocky confirms his Rolling Loud New York performance is his last before the new album drops.