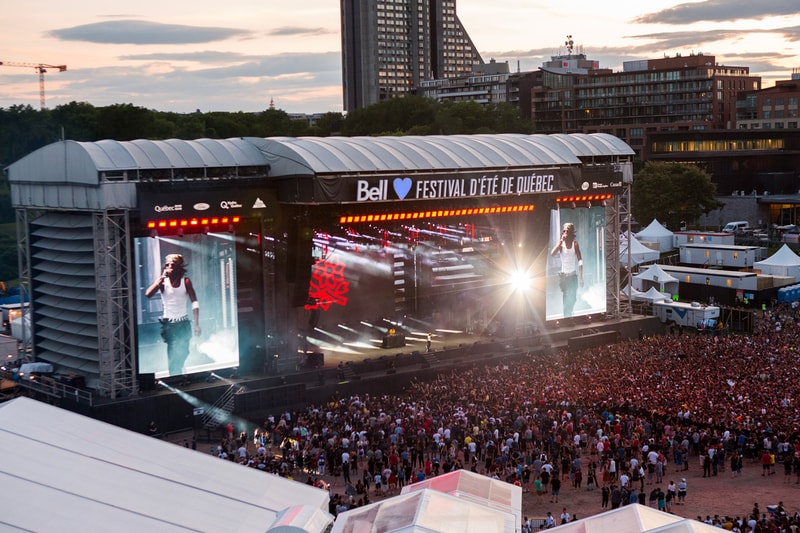 Festival D’été de Québec has announced its 2022 lineup. Taking place in downtown Quebec City later from July 6th through 17th, the festival is the biggest outdoor musical event in the city, drawing over a million attendees each year.

This year’s performances will kick off with Canadian singer-songwriter Charlotte Cardin, as well as Lennon Stella and Jessia, on July 6. Jack Johnson will headline July 7, joined by the X Ambassadors.

Maroon 5 will take the stage on July 8 and hip hop duo $UICIDEBOY$ will perform on July 10.

Other major players hitting the festival stage include Halsey on July 11, Marshmello on July 13 and Luis Fonsi on July 14.

Canadian-American Alanis Morissette is slated to perform on July 15, with Rage the Machine on July 16.

Additional performers are scheduled across the 11-day event. The full program and tickets for the event are available on the official Festival D’été de Québec website.