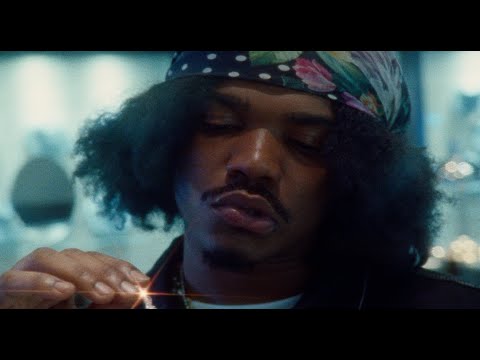 Following the release of his latest record, Luv 4 Rent, last week, Smino on Thursday dropped off a fresh visual for "90 Proof," his collaborative track with J. Cole.

Directed by Philip Youmans, the music video, which runs six and a half minutes long, features picturesque shots of both Smino and Cole posing with a vintage vehicle, spending time with friends at an intimate house party and playing an innocent game of Uno at the park. All are cheerful until Smino pours a glass of namesake 90 Proof, and the aura takes a strange and dark turn, making for the ideal neo-soul hip-hop Southern Gothic thrill.

“90 Proof” marks the latest team-up between Smino and Cole — the duo previously collaborated on multiple tracks from Cole’s Dreamville compilation record Revenge of the Dreamers III in 2019, including “1993” and “Sacrifices.”

Marking his first album in four years, Luv 4 Rent is Smino's third record, following 2018’s Noir and 2017’s Blkswn. Aside from Cole, the 15-track project includes a bevy of features from Doechii and Fatman Scoop on “Pro Freak,” Cruza on “Louphoria,” Lucky Daye and Phoelix on “Modennaminute,” Cory Henry and Ravyn Lenae on “Settle Down,” Lil Uzi Vert on “Pudgy” and Reggie on “Lee & Lovie.”

Smino will perform the album during his 5th annual Kribmas benefit concert on December 18th at Stifel Theatre in his hometown of St. Louis. Tickets will be available beginning Friday, November 4, at 10 a.m. CT on Ticketmaster.

Elsewhere in music, Drake and 21 Savage revealed the official Her Loss cover artwork.