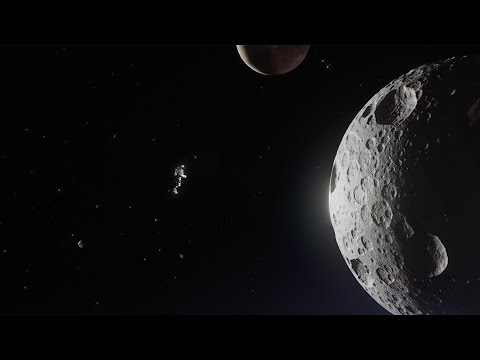 Amid learning that BTS will go on hiatus until 2025 in order to complete South Korea’s mandatory military service, fans can look forward to new music from band member Jin. The artist will be dropping a new track, entitled “The Astronaut,” at the end of this month.

According to a statement published on Weverse, BTS’ management company HYBE said that the single “expresses Jin’s fondness for his fans, ARMY” and “is meant to be a gift for the fans.”

Label Big Hit Entertainment also shared a promotional schedule for “The Astronaut.” A poster for the song will be published on Thursday morning ET time, followed by two concept photos on October 23 and October 24, respectively.

Jin will tease “The Astronaut” music video on October 26 before ultimately putting out the official full-length video and single on October 28.

The first teaser for the upcoming song shows an astronaut floating through space, passing moon rocks and even a drifting dog. The visual closes with the astronaut submerging itself in a glowing purple light.

Jin’s “The Astronaut” is out for streaming on October 28.

In other music news, the Arctic Monkeys have dropped a new "I Ain't Quite Where I Think I Am" video.