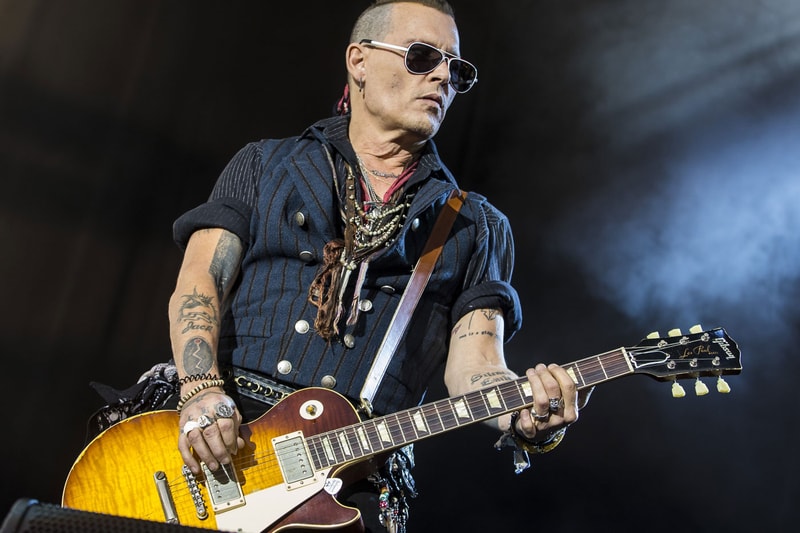 Johnny Depp and Jeff Beck have finally revealed the details of their collaborative album, titled 18. It was only earlier this week that the two announced they would be releasing the album this July.

The pair shared their first single from the album, "This is a Song for Miss Hedy Lamarr," an original from Depp himself. According to NME, the duo came up with 18 for their album name because they wanted refuel their energy with what they had at that age. Beck said, "When Johnny and I started playing together, it really ignited our youthful spirit and creativity. We would joke about how we felt 18 again so that just became the album title too." Beck also spoke about the single and said that he was "blown away by it." He added, "That song is one of the reasons I asked [Johhnny] to make an album with me."

In response to Beck's feedback on the track, Depp also mentioned, "It's an extraordinary honor to play and write music with Jeff, one of the true greats and someone I am now privileged enough to call my brother." Back in May, Depp made headlines when he appeared at Beck's show in Sheffield, U.K. to perform covers of famous songs from artists like John Lennon, Marvin Gaye and Jimi Hendrix. Throughout his defamation lawsuit against Amber Heard, he continued to join Beck on stage at various gigs.

18 arrives on July 15. Take listen to the first single below.

Elsewhere in music, IDK is a visionary on the rise.