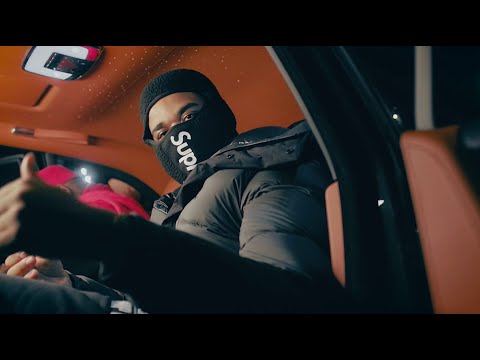 Hot on the heels of his recently-dropped mixtape, The Last Whip II, Gipsy Hill rapper K Trap is already back with a new five-star-rated remix of his hit single "Warm." The single was a project highlight from his 2021-released mixtape Trapo, and it went down as arguably, the best U.K. drill record of the year.

Hypebeast sat down with K Trap back in September, and when commenting on "Warm" he said: "The song was trending a month ago and it came out last year -- it still feels like a new song now. That song has told me to make whatever I want to make and to go with what I believe is hard." And with that being said, the track has now been even further revitalized with a fresh verse from U.K. rap and grime star, Skepta.

Skepta -- who recently launched his new Big Smoke Corporation with PUMA -- stated last year that he was intending on retiring from music, however, this latest verse comes in line with another remix of Frisco's "Bad and Clean" as well as an unreleased track in collaboration with A$AP Rocky.

However, for the "Warm" remix, the record is opened in its original form by K Trap, before Skepta jumps in for the second verse with rhymes about his journey from Meridian Walk to the world's most famous museums. Additionally, we're also treated to a fresh verse from K Trap, along with new visuals that feature fellow U.K. rap, drill, and grime front-runners such as Chip, Blade Brown, Youngs Teflon, Jammer, and Jme.

You check out the visuals for the "Warm" remix above and be sure to add the song to your playlists below.

In other music news, listen to the new collaborative album from Drake and 21 Savage.