Kid Cudi Drops First ‘Entergalactic’ Single “Do What I Want” 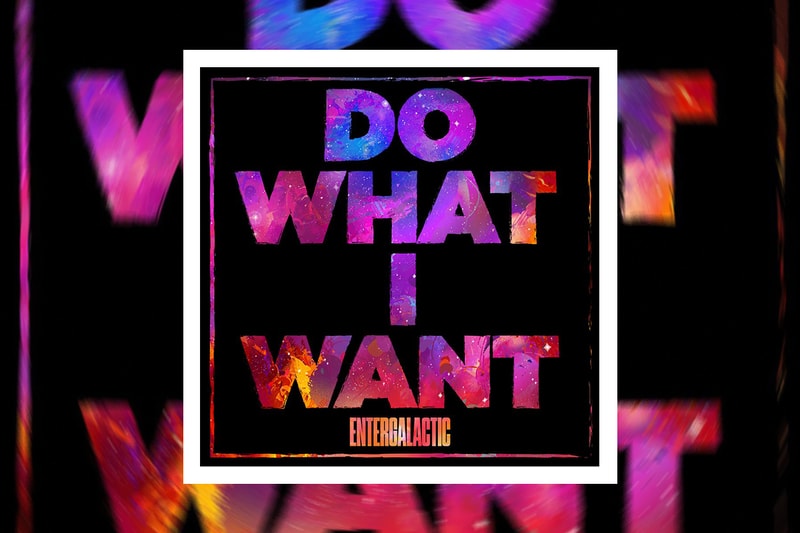 Kid Cudi has delivered the first single from his highly-anticipated Entergalactic album, "Do What I Want."

Clocking in at just under three minutes, the cut is produced by Take A Daytrip, Russ Chell, Roy Lenzo and Jared Levius and hears Cudder's confidence bursting at the seams as he proudly declares that he can and will do what he wants. The track was first previewed in the recently-released teaser of Cudi and Kenya Barris' upcoming Netflix series of the same name, which will feature a star-studded voice cast comprised of the artist himself, Jessica Williams, Timothée Chalamet, Ty Dolla $ign, Laura Harrier, Vanessa Hudgens, Christopher Abbott, 070 Shake, Jaden Smith, Keith David, Teyana Taylor, Arturo Castro and Macaulay Culkin.

“Scott “Kid Cudi” Mescudi and Kenya Barris join forces to present Entergalactic, an original, animated story about a young artist named Jabari — voiced by Mescudi — as he attempts to balance love and success," the official synopsis reads. "Finding the latter brings Jabari a step closer to the former, when moving into his dream apartment introduces him to his new neighbor, photographer it-girl, Meadow — voiced by Jessica Williams. An explosion of art, music, and fashion, Entergalactic takes place in the only city that can handle all three: New York.”

Stream Kid Cudi's "Do What I Want" on Spotify and Apple Music, and stay tuned for more info on the Entergalactic album and series.

Share
Facebook
Twitter
Pinterest
WhatsApp
Previous articleChampion and HoMie Team Up to Encourage Everyone to ‘Start With a Smile’
Next articlePharrell, 21 Savage and Tyler, the Creator Enjoy Life’s Luxuries in “Cash In Cash Out”