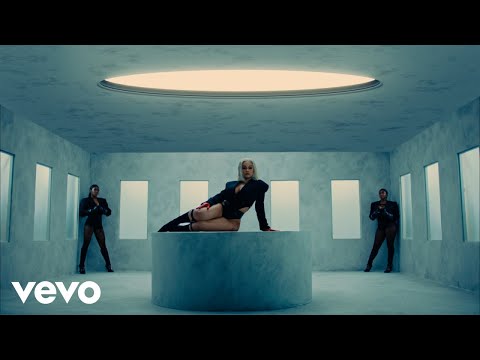 Latto has dropped off the official music video for "It's Givin," from her most recent album, 777.

"It's Givin" is among the standouts on Latto's sophomore full-length release, 777, which debuted in March. The breakout record includes a number of high-profile features from the likes of Lil Wayne, Childish Gambino, 21 Savage, Lil Durk, Nardo Wick and Kodak Black.

Now, Latto is preparing to open for Lizzo's Special Tour, which kicks off in Sunrise, Florida, on September 23 at FLA Live Arena before hitting 25 additional stops in locations including Philadelphia, Boston, New York, Toronto, Chicago, Nashville, San Francisco and more. The tour will conclude on November 18 at The Forum in Inglewood, California.

Watch Latto's "It's Givin" video above.