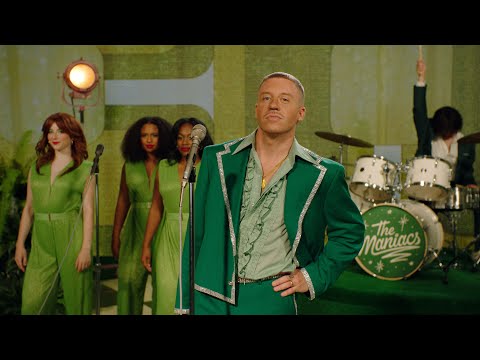 Macklemore on Friday dropped off a new cut, "Maniac," featuring rising artist Windser and production by Ryan Lewis and Budo. The comeback track, which arrives after the Seattle artist's previous single, "Chant," comes with an accompanying Jake Magraw-directed music video that pays homage to Outkast's 2003 hit single "Hey Ya!"

"I don’t wanna dance with a maniac / ‘Cause the moment we touch, it’s a heart attack," Windser sings on the chorus. "You know I love you, honey, but you got me running, yeah / I could give a damn, you’re a maniac."

“The first time I heard Windser singing the hook on ‘Maniac’ I fell in love with it,” Macklemore said in a statement. “It’s infectious and relatable and I couldn’t get it out of my head. ‘Maniac’ is about the euphoria of a relationship that isn’t perfect, but an addictive journey of the ups and downs that make you both who you are.”

"Maniac" arrives as Macklemore is currently opening for Imagine Dragons on a 19-stop North American tour. After kicking off at Salt Lake City's Rice Eccles Stadium on August 5, the entourage is making stops in Boston, Atlanta, Las Vegas and more, and will conclude on September 15 at Los Angeles' Banc of California Stadium.