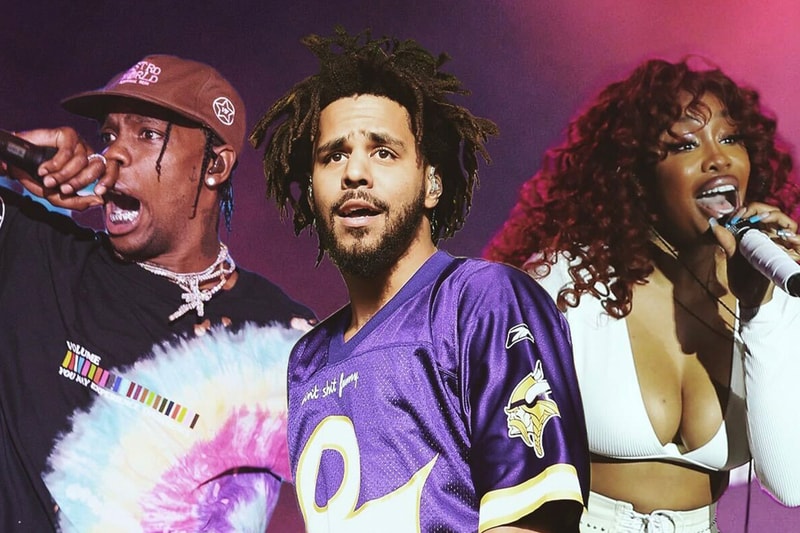 The Day N Vegas music festival is slated to return for a third year this Fall, and it has just announced its ultra-stacked lineup. The hip hop and R&B-centric event has called upon a trio of chart-topping headliners in SZA, J. Cole and Travis Scott, while a flurry of major name rappers and singers are listed on the undercard.

Anticipation will certainly be high for SZA's festival run this year as her long-awaited next studio album is reportedly dropping this Summer. This marks Scott's third time being booked for the festival, but it may be his first time actually touching the stage given that he canceled the first year due to a knee injury and he pulled out of the second year following the tragic events at his ASTROWORLD festival.

Other notable artists on the bill include rappers 21 Savage, Playboi Carti, Trippie Redd, Baby Keem, Pusha T, Vince Staples and more while soulful and R&B crooners such as Jorja Smith, Jhené Aiko, Summer Walker, H.E.R., Blxst, Sabrina Claudio and others are also called on to perform.

The festival will be held in Las Vegas, NV at the Las Vegas Music Festival Grounds from September 2-4, 2022, and tickets go on sale on Friday June 10 at 10am PDT via Day N Vegas.

For other news, Chief Keef has launched a new record label titled 43B.