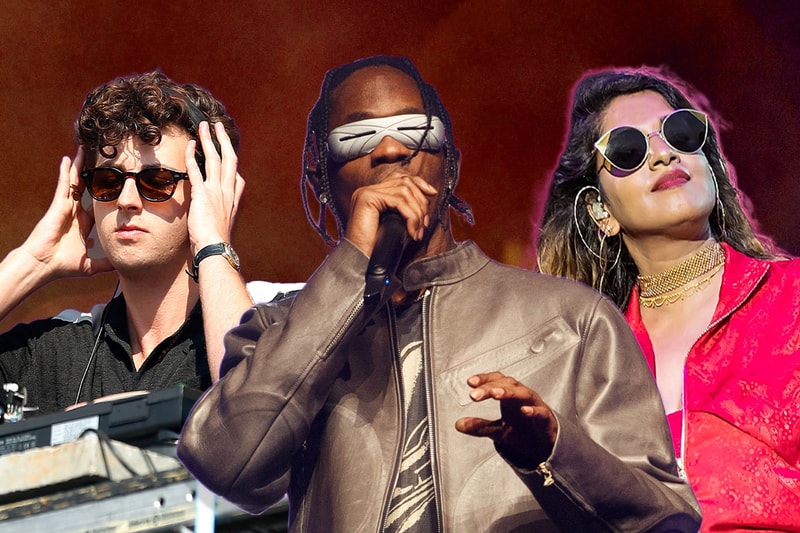 Mexico’s Ceremonia Festival has revealed some of the lineup for its 2023 rendition, sharing the headliners exclusively with HYPEBEAST first.

Slated to take place in Mexico City on April 1 and April 2 next year, Travis Scott, Fred Again.., Jamie XX, Moderat and M.I.A. will  take the stage at the upcoming arts and music festival. M.I.A. will be a returning artist, having performed at earlier iterations of Ceremonia.

Alongside the main acts, Dominican rapper Tokischa and pop-indie singer Julieta Venegas will be playing, as well as French nu-disco band L'Impératrice and WILLOW. Additional performers include Honey Dijon, Junior H and Trueno, among others.

2023 will mark the 10th installment of Ceremonia, and the first time the festival has taken place across two days. It will be held in Parque Bicentenario, which translates to Bicentennial Park, in the western part of Mexico City.

In a first among major music festivals, Ceremonia will feature a stage dedicated exclusively to hosting queer artists.

In addition to live music, attendees will be introduced to graphic art and sculptures from native Mexican artists, as well as food from some of the emerging restaurants in the area. The festival will contain a market, where guests can shop from various brands.

Additional Ceremonia performers will be announced by festival organizers at a later date.

In other music news, Taylor Swift has become the first artist to chart the entire top 10 on the Billboard Hot 100.