A Closer Look at the Air Jordan 13 “French Blue” 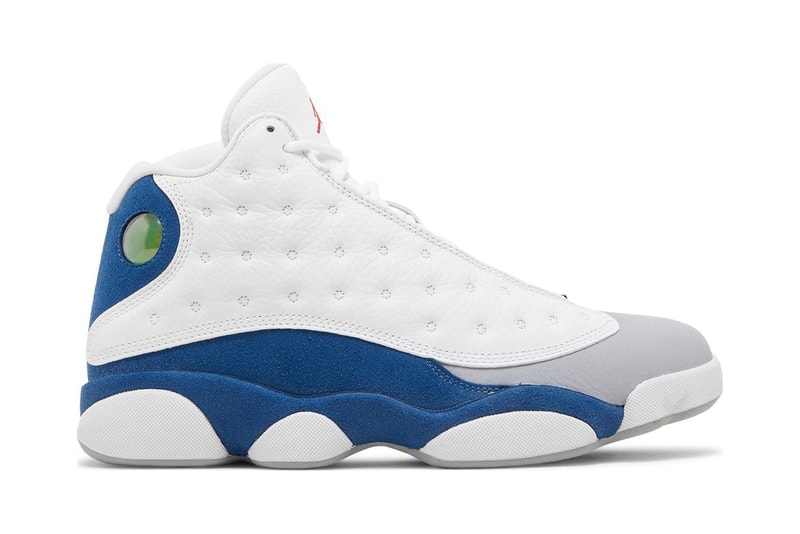 Utilizing the "White/French Blue/Light Steel Grey" color scheme, the Air Jordan 13 "French Blue" carries a summer-ready look. White tumbled leather pairs with blue suede overlays for the upper with "Light Steel Grey" arriving on the leather toebox. The Air Jordan 13's signature holographic emblem hits the lateral in green alongside "Fire Red" branding at the tongue and outsole. White continues at the midsole, resting atop a grey and white outsole that features its carbon plate in black above it, completing the look.

The Air Jordan 13 "French Blue" is expected to launch August 20 via Nike and select retailers at a price of $200 USD. However, early pairs are available now via GOAT.