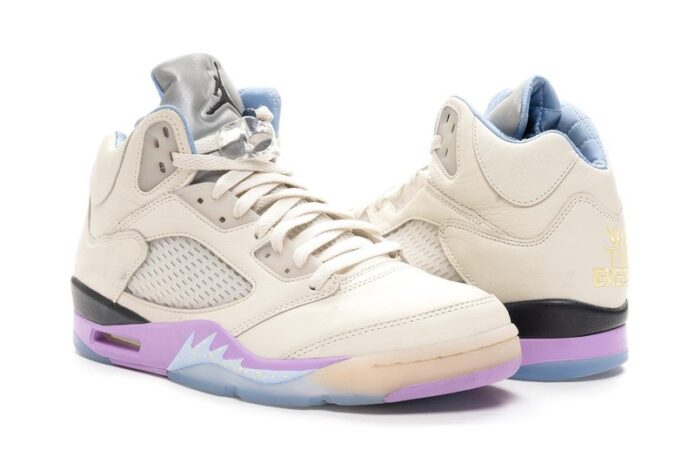 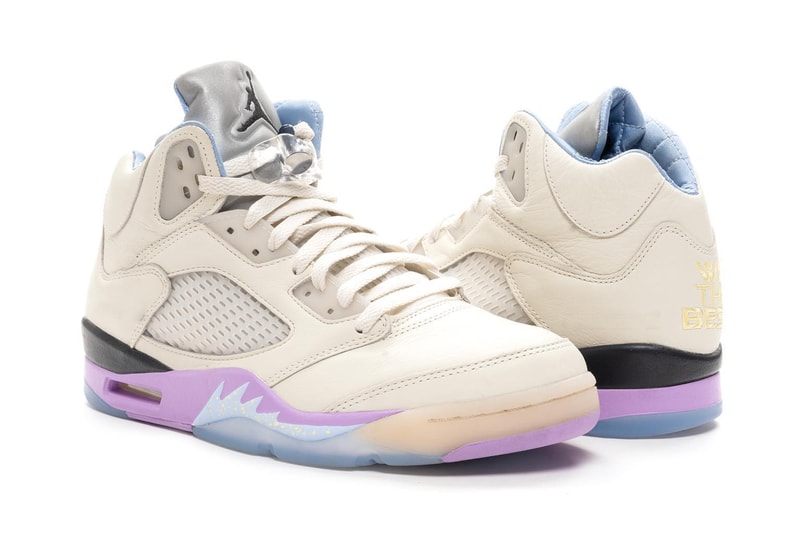 It's no secret that music mogul DJ Khaled is a sneakerhead. As a result, he has teamed up with Jordan Brand in the past and earlier this year announced that he'd be reprising his partnership with a full collaborative capsule of footwear and apparel. Now, with a release date hopefully approaching soon, we're offered a closer look at the DJ Khaled x Air Jordan 5 "We The Best" in two of the upcoming colorways.

Utilizing the Air Jordan 5, the "We The Best" collaborative footwear collection favors leather uppers with striking pastel shades throughout. DJ Khaled x Jordan Brand branding finds itself on the heel with "WE THE BEST" text on the left shoe of each colorway while matching branding hits the opposite shoe's translucent outsole. In "Sail," this focal color covers the upper while light shades of purple, blue and silver accent the look. The "Crimson Bliss" offering carries a similar flow, featuring the peachy orange on its upper alongside supplementary colors of cream and a silver blue.

The DJ Khaled x Air Jordan 5 "We The Best" footwear is set to hit shelves via Nike and select retailers by the end of the year. Keep an eye out for official images and a finalized release date to pop-up soon. In the meantime, check out this detailed look at the "Sail" and "Crimson Bliss" colorways above.

Elsewhere in the busy world of footwear, the Swoosh has presented a look at two new "Inside Out" Air Jordan 1s, landing in Low and Mid form.

Share
Facebook
Twitter
Pinterest
WhatsApp
Previous articleJames Gunn Explains Why ‘Guardians of Galaxy Vol. 3’ Trailer Did Not Debut Online After SDCC 2022
Next articleMake The Pastel Gaming Room Of Your Dreams With These Tips From Kawaii Pros