In addition of the Black and White colorways of the Off-White x Nike Air Force 1 Mid that have already been unveiled, it looks a Green iteration of the model will also be releasing.

This Off-White x Nike Air Force 1 Mid is highlighted by the Green leather upper that is then decorated with traditional Off-White details such as the zip-ties, the additional lacing system overlay, the Orange tag attached to the Swoosh branding on the side panels and the heel pull tab. The sneakers most notable features include the new cactus logo on the lateral heel, the wavy design of the midsole, the added spikes on the outsole, the “OFF” branding on the lateral side of the right sneaker and the new “AIR” branding on the tongue tags.

No word on when/if the Off-White x Nike Air Force 1 Mid Green will release, but as soon as release info is made available, we will share that with you as well.

In Nike news, the Nike Dunk Low WMNS Rose Whisper will be dropping on SNKRS tomorrow. 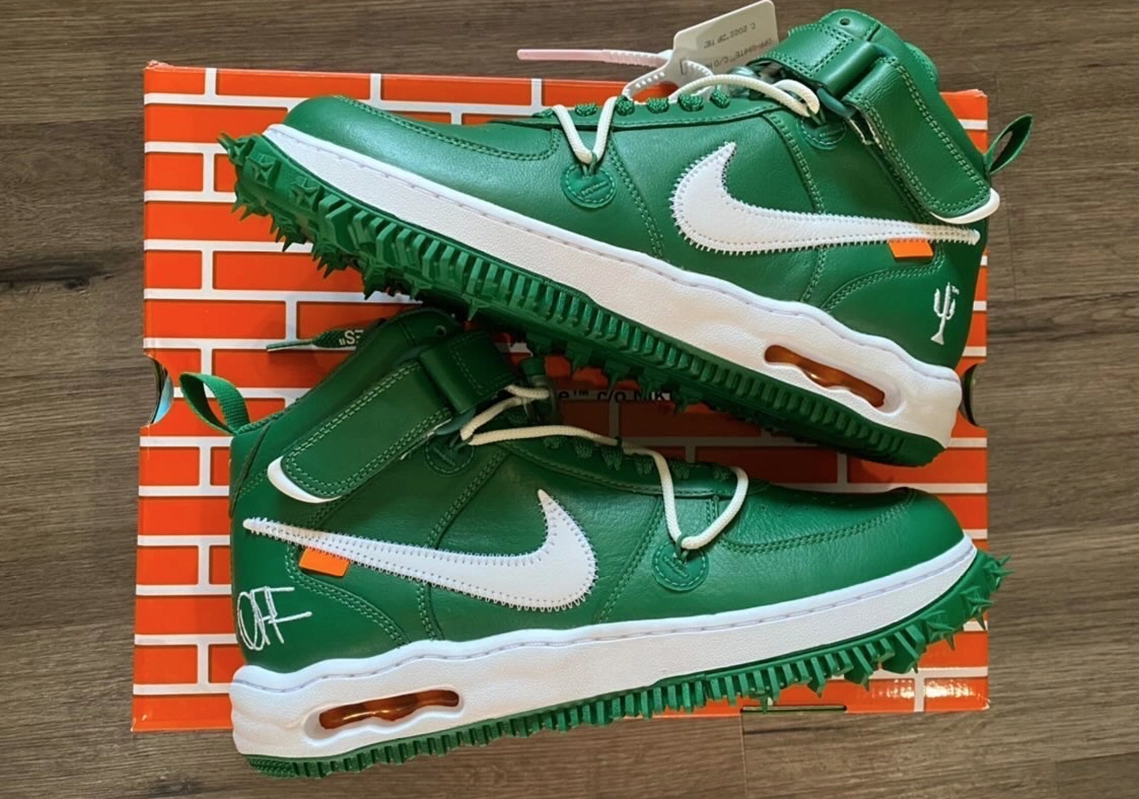 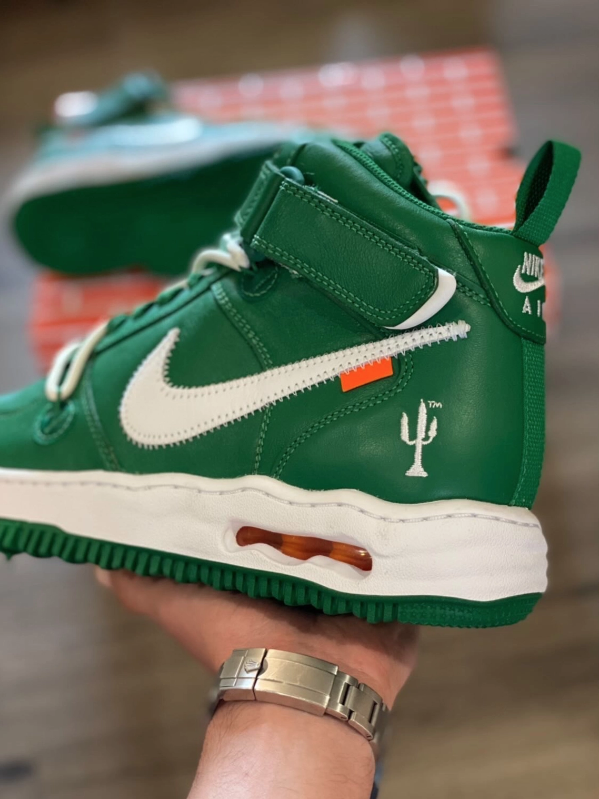