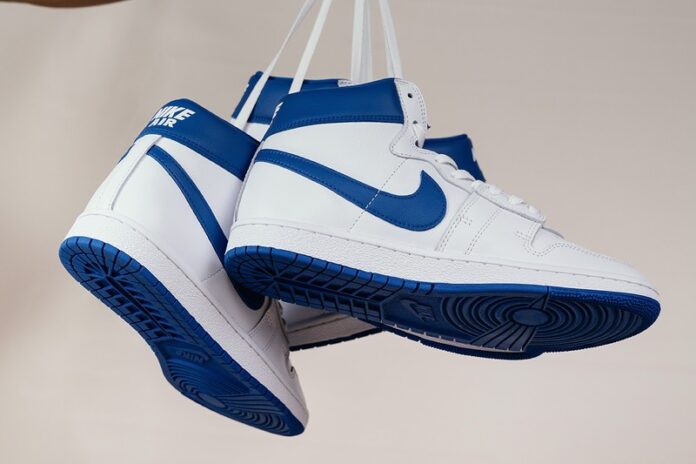 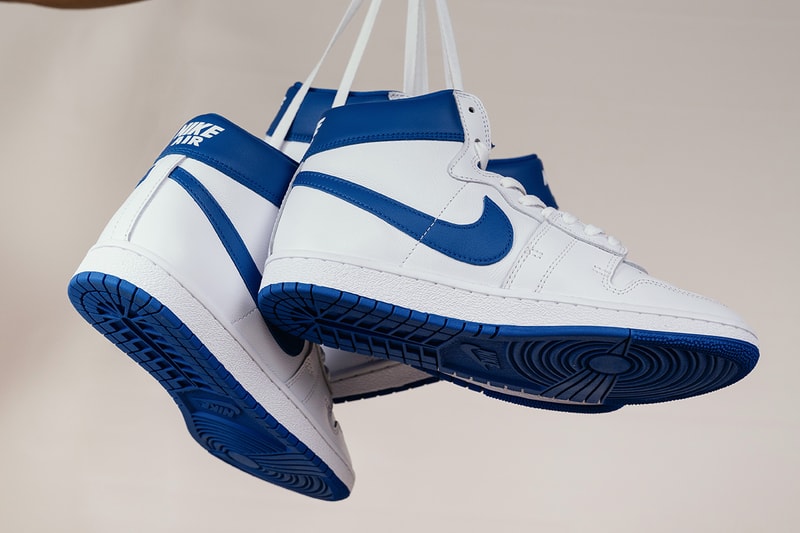 Jordan Brand collaborations atop the Air Jordan 12 and Air Jordan 4 were already expected to arrive in the second half of the year from A Ma Maniére, but before those come into fruition, the brand decided to hit us with a surprise. Revisiting its partnership with the Jumpman, the James Whitner-led company has lent its touch to the Air Ship and produced a special, limited-to-2300 pairs colorway.

Unlike the previous AMM collaborations that we've seen, this specific pair sticks to its traditional materials. Full grain leather uppers are mostly covered in white, and come accented with "Game Royal" hits across the Swooshes and collars. Customary Nike Air branding is positioned on the heels and tongues, the former of which now features A Ma Maniére's moniker on the exterior side and the individual number on the insides.

Historically, the Air Ship was a Nike silhouette — one that was worn by Michael Jordan during the early portion of his rookie season while the Air Jordan 1 was being prepared. It's also the subject of the famous "banned" myth, as it was the Air Ship, not the Air Jordan 1 that drew the ire of the NBA for not matching their uniform regulations. However, AMM is presenting it as a collab with Jordan Brand, stating that it's the Jumpman that's "driving the Air Ship journey and is the brand partner on the project."

As usual, AMM has supported this announcement with a short film titled “Do It In The Dark” that's narrated by Charlotte-born rap star Reuben Vincent of Jamla Records and Roc Nation. The clip shines a light on hard work and sacrifices that one endures when working to make their dreams come true.

Interested in picking up a pair? The A Ma Maniére x Nike Air Ship is set to launch on August 26 for $140 USD alongside a matching apparel collection. Local in-store raffles will take place at all The Whitaker Group locations from August 22 to August 24.