As previously mentioned, the Kasina x Nike Air Max 1 Better Together celebrates both Kasina’s 25th Anniversary as well as the 35th Anniversary of the Air Max 1. Very much like the first colorway, this makeup of the model is constructed in a mix of premium leather, suede, and pony hair. Done in a Navy and Grey colorway, design details include a flower on the mini Swoosh on lateral toe, Kasina branding on the tongue tags,  wooden lace dubraes, a Sail midsole and an icy translucent outsole.

The initial colorway opts for a color blocking of a mandarin duck hence the matching duck-shaped hang tag. In Korean culture, mandarin ducks carved from wood, known as kireogi, are paired together and often given as marriage gifts because it is believed that, unlike other types of ducks, they mate for life, and that if one of the pair dies, the other will mourn. Kasina uses kireogi and marriage as a way to celebrate their anniversary and the theme of “better together.”

The Kasina x Nike Air Max 1 collaboration has no set release date, but current reports have them dropping sometime next month. 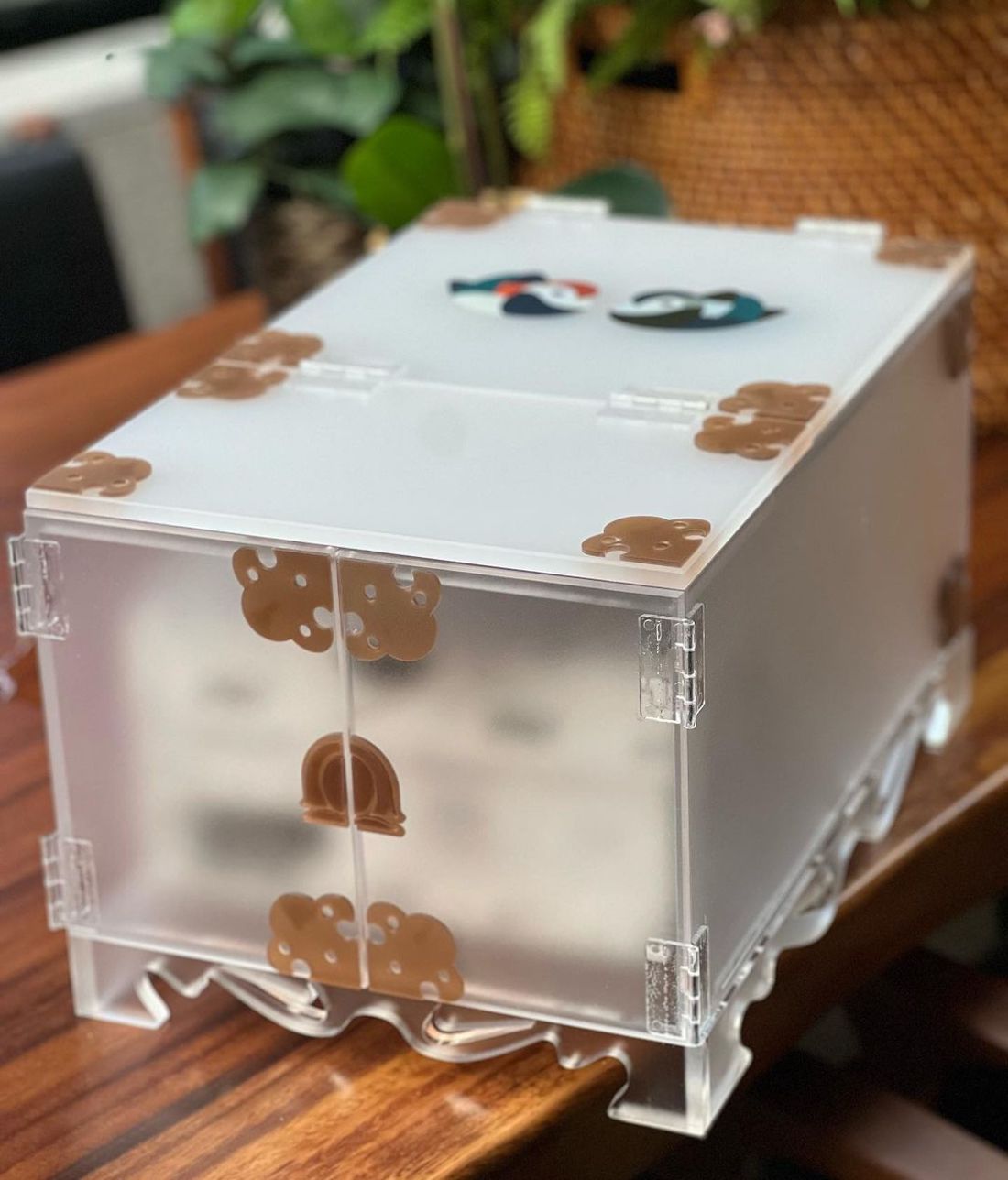