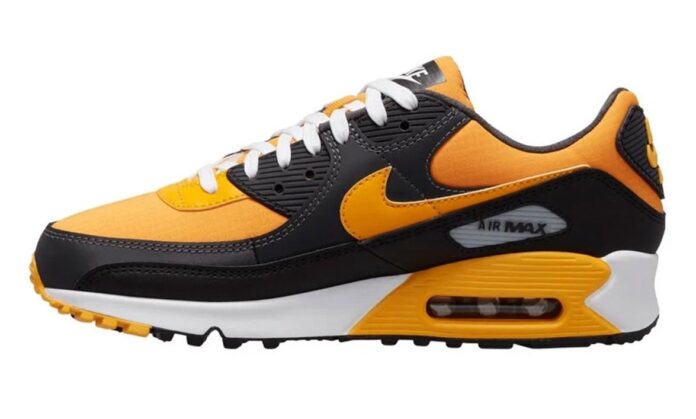 The Nike Air Max 90 “Kumquat” is a forthcoming colorway of the popular runner and it’s slated to make its debut this season. A preview of the style is showcased which emphasizes its striking “Kumquat/University Gold-Anthracite” color scheme overall. Composed of its traditional mesh and leather makeup, the bright hue is prominent for its base, tongues, and Swooshes, while the contrasting stealthy tone is utilized for its overlays. Finally, a white midsole with more yellow accents and a yellow/black rubber outsole solidify the design nicely.

UPDATE (8/3): Official images of the Nike Air Max 90 “Kumquat” have surfaced. You can expect a release to take place in the near future.

Retailing for $130, look for the Nike Air Max 90 “Kumquat” at select Nike stockists and online soon. Stay tuned for the official release date. Always keep it locked to KicksOnFire for the latest in sneaker news, release dates and where to purchase your favorite kicks.