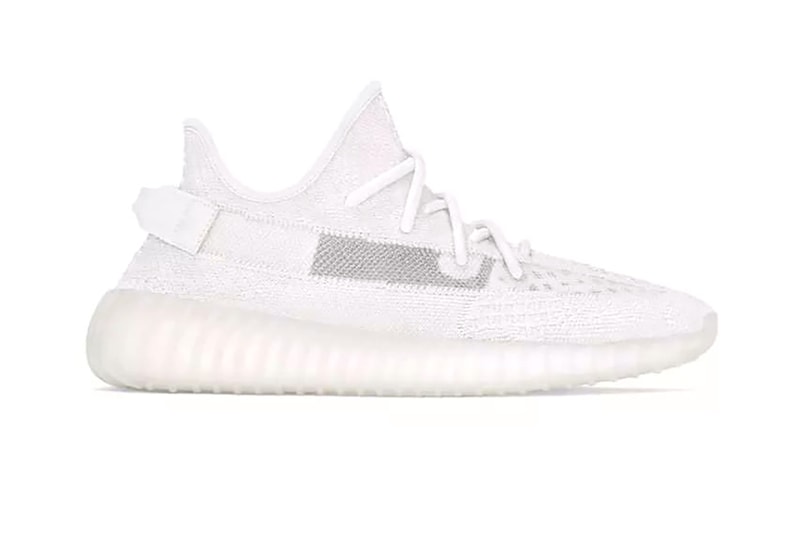 If any of Kanye West's promises have been fulfilled, it's the commitment he made when he first signed with adidas to make sure that everyone who wants to get their hands on a pair of YEEZYS would be able to do so. One way that he's improved upon your chances of purchasing them is by consistently executing restocks of certain colorways, and the adidas YEEZY BOOST 350 V2 "Bone" is the next to go through this process.

After initially releasing back in March of this year, the neutral-focused installment is set to make a return with all of its original design cues. PrimeKnit material is once again the main fabric of its higher layer, most of which is produced with a "Bone" exterior. Minuscule hits of gray can be seen through its translucent side stripes and forefoot on the lateral sides. Ribbed midsoles are tinted with a milky outer and come stuffed with a considerable amount of BOOST cushioning for a cloud-like, responsive ride.

Looking to cop? These will be available alongside the adidas YEEZY BOOST 350 V2 "Onyx" via adidas and select retailers for $230 USD.

For other news, Kanye West called out adidas for ripping him off with its new Adilette 22.

Share
Facebook
Twitter
Pinterest
WhatsApp
Previous articleTake a First Look at the Paperboy Paris, BEAMS and New Balance Made in U.K. Sneakers
Next articleConsider Hiding Behind the 2x Long VIX Futures ETF (UVIX) As the Federal Reserve Gears up to Hike Rates by Most Since the 1990s