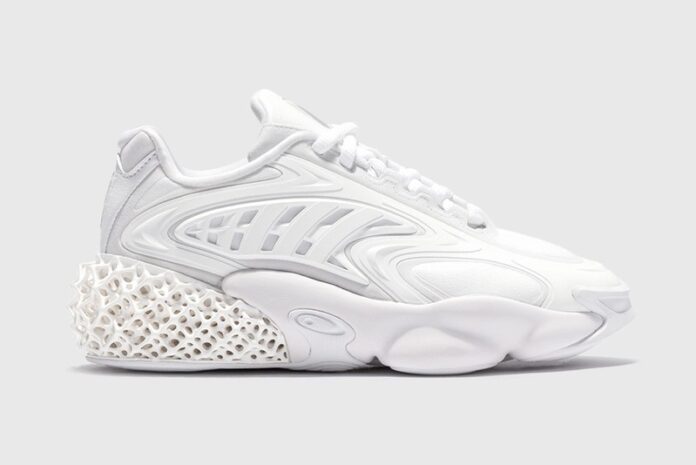 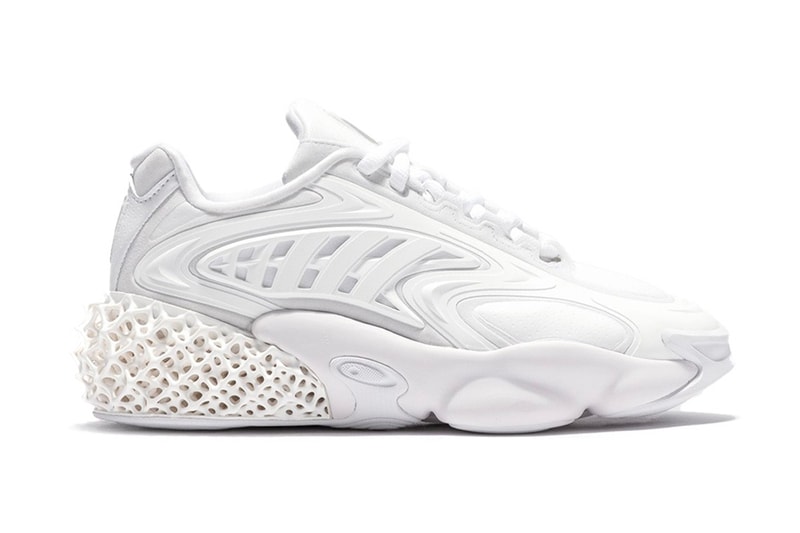 Since the introduction of BOOST, adidas has leaned heavily on its technologies in the design of its sneakers. Between its sock-like Primeknit uppers and midsole cushioning systems such as BOOST and 4D, the Three Stripes have found much success tapping into its innovations. Earlier this year, we dove into what makes 4D different as the brand presented its 4DFWD 2. Now, another 4D-infused model has arrived with the futuristic 4D Krazed.

Following the launch of several colorways, two minimalistic approaches to the complex sneaker have now arrived in the form of all-white and all-black makeovers. Peeking into its specifications, both 4D Krazed pairs feature a mesh upper with various synthetic overlays stitched atop it. Its intricate flow on the upper is then backed by the joining of 4D and EVA cushioning at the midsole, combining technologies of the past and future. Visible 4D lattices at the heel transition to a familiar foam towards the toe while a rubber outsole rests beneath.

Both of these monochromatic takes on the adidas 4D Krazed have already launched via HBX at a price of $193 USD.

Take a look at the pairs above and be sure to check out a first look at Bad Bunny's upcoming collaboration with the Three Stripes on the Campus silhouette.