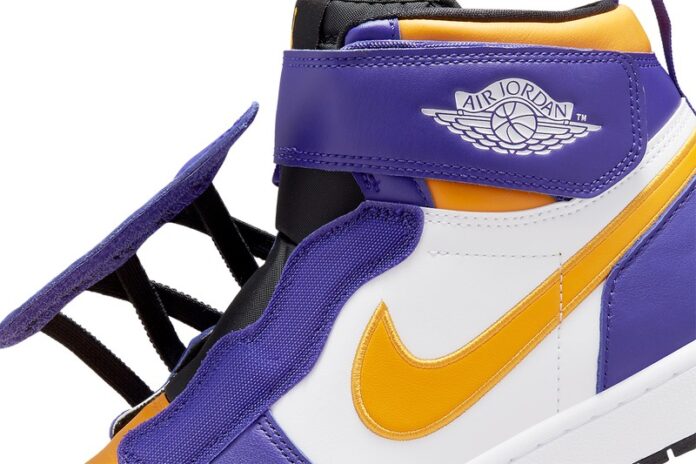 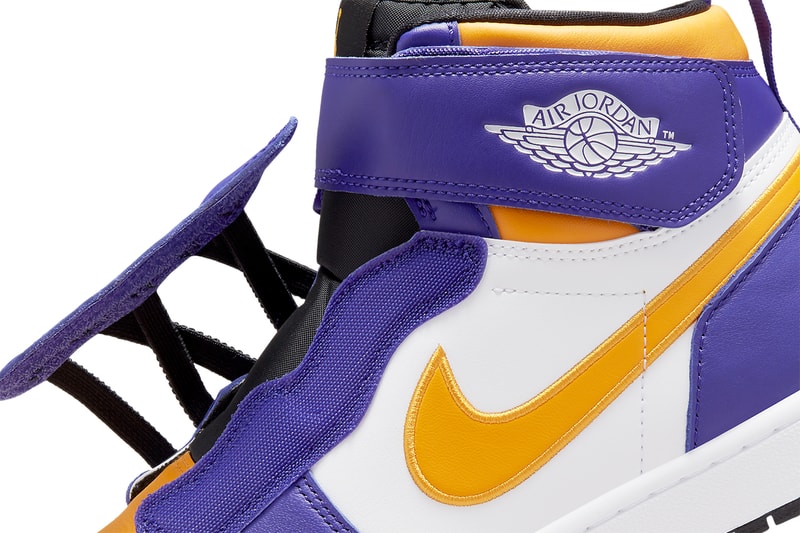 Nike has introduced a vast array of footwear technologies since its inception, one of which has been FlyEase — a system that's designed to help those with disabilities slip on their sneakers with ease. The laceless tech has appeared on a variety of silhouettes on the Nike and Jordan Brand sides, and for the latter, the Air Jordan 1 High FlyEase is one that has been modified with the assistive enhancement.

In the midst of the NBA season, the model has resurfaced in a brand new colorway that nods to the Los Angeles Lakers. There are no official team logos or LeBron call-outs on this variation, but its palette clearly mimics that of the 17-time champions. A "Court Purple" hue is utilized in the highest quantity here as it drapes over the collar straps, overlays atop the front and heels as well as the FlyEase system that unhinges across the throat. Lakers-friendly yellow hits apply to the toe boxes, Swooshes, tongue Jumpman logos and collars while the quarters are splashed with bright white.

At the time of writing, a hard launch date has yet to be announced, but Nike and other retailers will likely be dropping these in the upcoming weeks.

For other news, check out a closer look at the Air Jordan 1 “White Cement.”