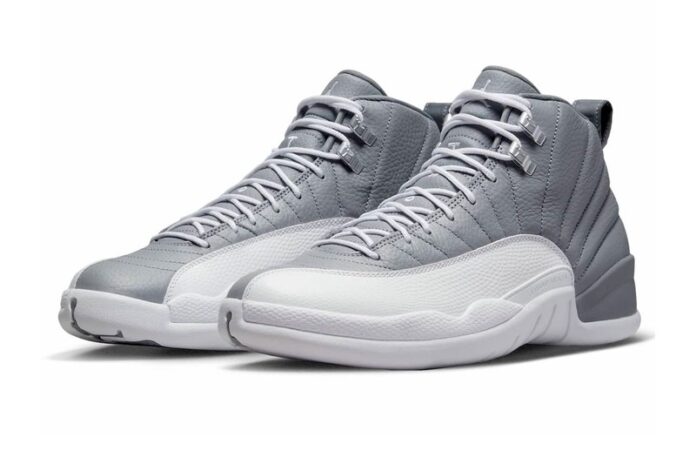 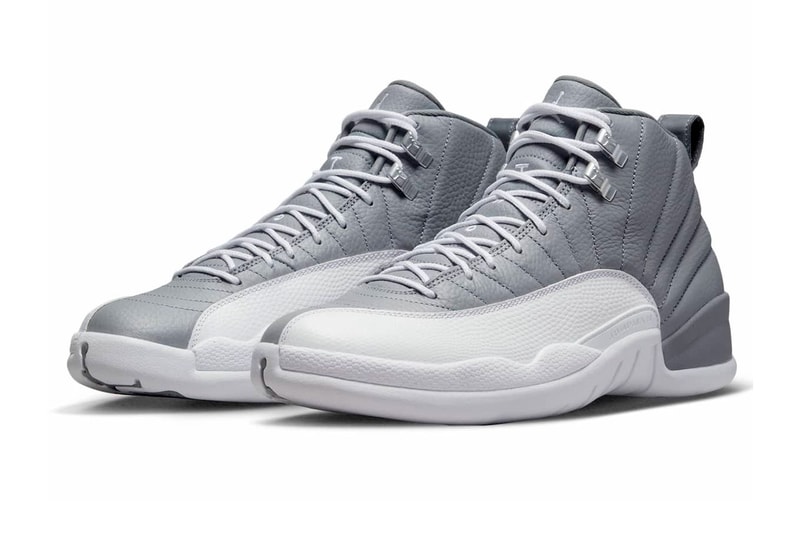 Despite the fact that it hasn't received as much love as other Jordan models like the Air Jordan 1 and Air Jordan 2 this year, the Air Jordan 12 has quietly had a fairly active year. This year marked the return of the silhouette's famed "Playoffs" colorway as well as the launches of various fairway-ready golf iterations. And as we move the through latter half of the year, the Jumpman team is slated to deliver a plethora of more colorways, one being the Air Jordan 12 "Stealth" that has just been officially uncovered.

This forthcoming rendition leans on grayscale tones to outfit its top and bottom pieces. As usual, the tongues and heel panels come engineered with tumbled leather, and these are dyed with a "Stealth" skin. Mudguards arrive with their customary pebbled textures and align with the laces and "TWO 3" branding down the throat as they are given all-white finishes. The eyelets near the ankles are touched up with metallic silver coatings which spruce up the kicks with an elevated feel.

Early reports have the Air Jordan 12 "Stealth" scheduled to release via Nike and other retailers on August 20 for $200 USD.

In case you missed it, official photos of the Air Jordan 12 "Concord" have popped up.