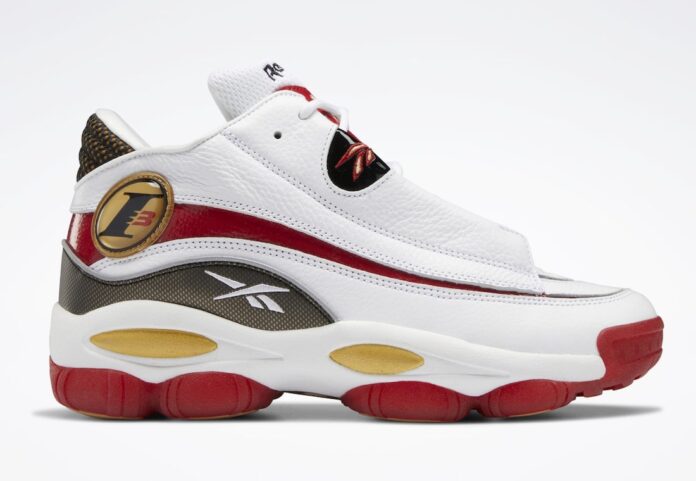 The Reebok Answer DMX is known as the first of Iverson’s signature Answer series that started in 1997 and resulted in 14 different silhouettes. The sneakers dropped back in 1997, a year after Iverson’s rookie season in which he debuted his first ever signature sneaker, the Question Mid. You could say that Reebok issued a response – better yet, an answer.

The Reebok’s Answer 1 was Iverson’s sophomore year choice of footwear. The sneaker is known for utilizing Reebok’s revolutionary DMX airflow technology underfoot as the overall design of the sneaker was created to meet the demands of Iverson’s explosive dribble moves, tenacious defense, and bold style.

The Reebok Answer 1 makes its return on the classic White and Red OG colorway. Details include an all-leather upper, patent leather accents, “I3” jewel branding, an ice rubber outsole with red flecks, DMX technology underfoot, and  a commemorative “Rookie of the Year” tongue tag.

Retailing for $170, Reebok has confirmed that Iverson’s Reebok Answer DMX will be releasing on July 29th on Reebok.com.

UPDATE (7/20): Reebok has confirmed that Iverson’s Reebok Answer DMX will be releasing on July 29th for $170 on Reebok.com.