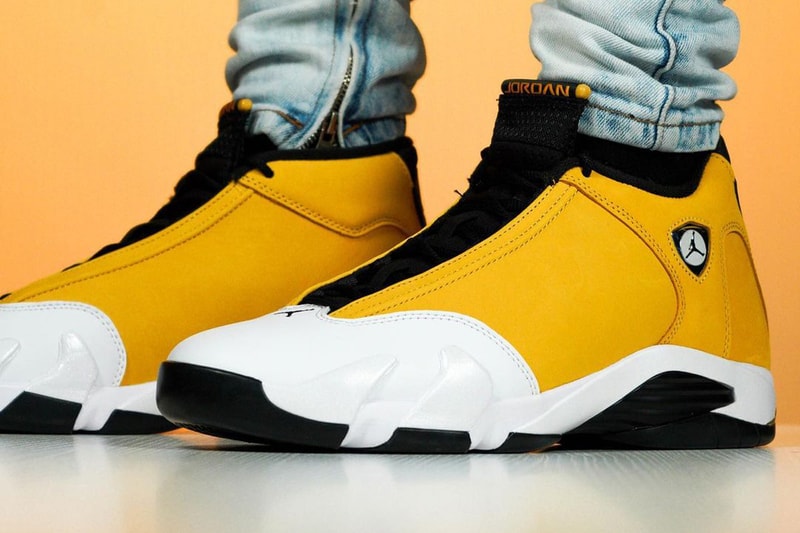 While models such as the Air Jordan 1 and Air Jordan 2 have continued to dominate headlines for Jordan Brand in 2022, the Air Jordan 14 has been waiting for its moment in the spotlight. After launching in 1998, the silhouette has appeared consistently but quietly over the years since. Now, it makes its debut for the year in a "Ginger" colorway.

The Air Jordan 14, known for drawing its inspiration from Ferrari sports cars, stays true to its original form with its "Ginger" iteration. Kicking off the detailing, the upper utilizes a nubuck layer in a golden yellow. From there, black is found at the heel, trim, branding, tongue, laces and outsole to balance the color palette. In contrast, white touches down on the leather toe cap, branding and midsole. Branding elements range from Jumpman logos at the toe, heel, outsole and Air Jordan 14 emblem to "JORDAN" at the tongue and "23" at the heel, completing the look.

Release for the Air Jordan 14 "Ginger" is expected to take place August 17 via Nike and select retailers at a price of $200 USD.

In other footwear news, the Air Jordan 3 is arriving in "Dark Iris" in August.