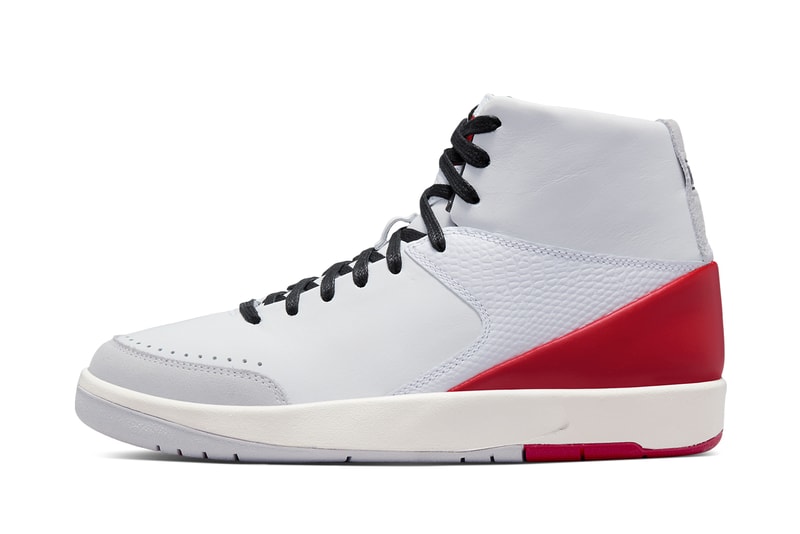 In case it wasn't obvious already, Jordan Brand has heavily prioritized the Air Jordan 2 throughout 2022. The often overlooked silhouette has already received a handful of collaborations this year after concluding 2021 with two Off-White™ colorways that got the ball rolling. Only time will tell if this effort repositions the Air Jordan 2 as a more favored model. In the meantime, we'll continue to embrace the creativity that Jordan Brand taps into with these partnerships, including the upcoming Nina Chanel Abney x Air Jordan 2 SE.

Connecting with the Chicago-born contemporary artist, the Swoosh is set to release this pair alongside an Air Jordan 2 Low SE that also utilizes Abney's creative touch. While Abney's works are often eye-catching and spontaneous pieces, her take on the Air Jordan 2 SE opts to keep things minimal. The upper utilizes white leather and white reptile print overlays while red hits the heel counter and tongue. Abney's presence is most notably featured on the custom hangtag and box that both feature her own original artwork of none other than Michael Jordan himself, completing the look.

Release is set for July 8 at a retail price of $225 USD via Nike and select retailers alongside Abney's Air Jordan 2 Low SE.

In other footwear news, Jordan Brand has officially unveiled the Jordan Zion 2.