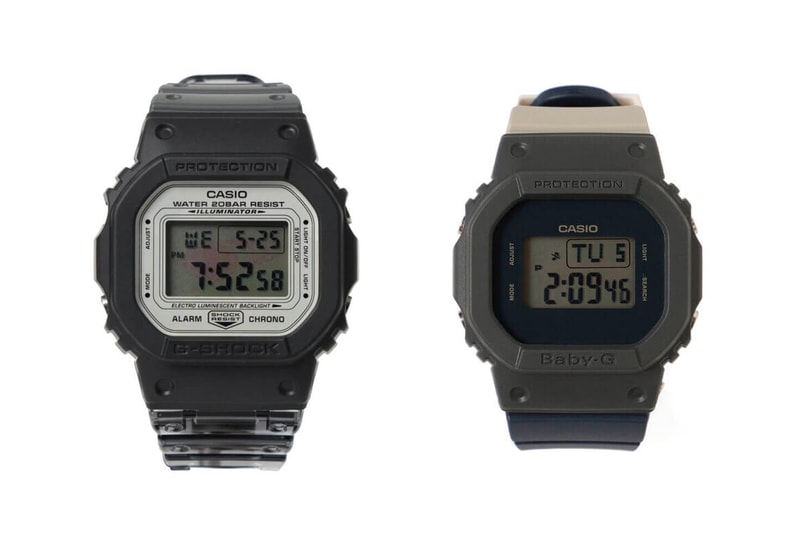 BEAMS and Casio have developed a fruitful partnership over the years with a number of eccentric watch releases, such as the icy “Clear & White & Crazy" capsule collection from 2021. The two Japanese brands are joining forces yet again on two bespoke watches involving the BABY-G BGD-501 and the G-SHOCK DW-5600.

In the former, the BABY-G gets the BEAMS BOY treatment through a color-blocked design featuring a dark gray bezel, beige and navy on the band, along with an ivory band keeper. Additional details include the BEAMS BOY logo on the metal back of the watch and an illuminated BEAMS BOY heart logo on the dial.

Despite its "Crazy Color" moniker, the G-Shock DW-5600 is noticeably pared back. The watch prominently features black along the watch, but shows slight hits of charcoal and light gray upon closer inspection. Similar to the BABY-G, the dial displays a BEAMS logo when backlit and comes packaged in a custom branded box.