HomeArtBidding Starts at $250,000 USD for First-Edition 'Harry Potter and the Philosopher's...
ArtStyle

Bidding Starts at $250,000 USD for First-Edition ‘Harry Potter and the Philosopher’s Stone’ 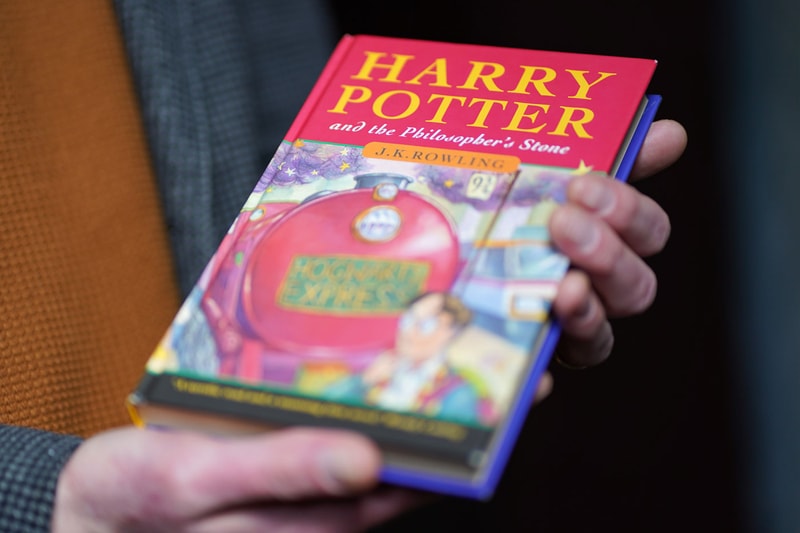 Out of the 500 first-edition Harry Potter and the Philosopher's Stone copies printed in an initial run on June 26, 1997, there are approximately 200 hardback copies in private ownership that feature crucial typos making them highly sought-after by collectors. One of those copies, with "philosophers" misspelled on the back cover and"one wand" repeated on page 53, will now be sold at Christie's "The Art of Literature: Loan and Selling" Exhibition in London at a starting bid of £200,000 GBP (approximately $ 250,000 USD).

This particular hardcopy has also been signed by author J.K. Rowling. The last time a first-edition Harry Potter and the Philosopher's Stone went to auction — with bidding starting at $75,000 USD — the book was sold for a staggering $471,000 USD to become "the most expensive commercially published 20th-century work of fiction ever sold," according to Heritage Auctions executive VP Joe Maddalena.

"In many ways, this book is the physical manifestation of a magic memory for so many people and that’s what makes it so desirable," commented Christie's exhibition co-curator Mark Wiltshire.

Christie's "The Art of Literature" event will open to the public from June 7-15 in London. More information can be found here.