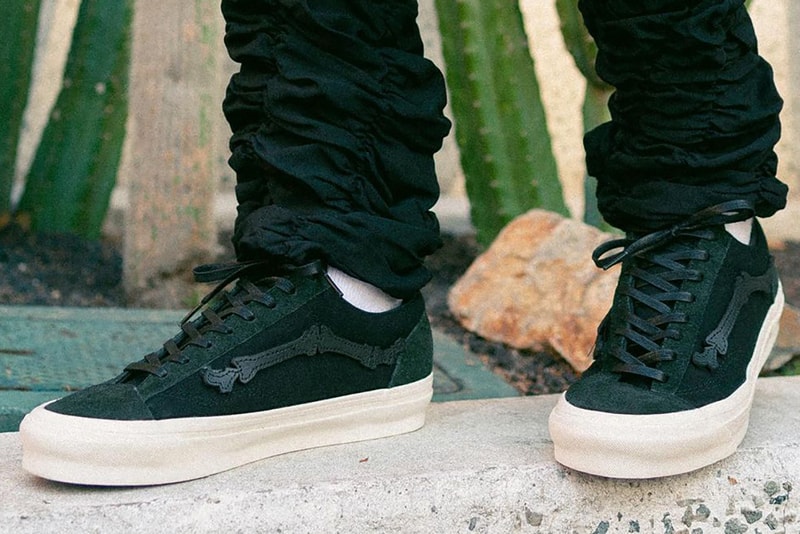 Skate imprint Vans often uses dips its toes into the realm of collaborations and one long-standing partnership that it's known for is its alliance with Blends. This Southern California link-up has seen a high volume of projects over the years and the duo's newest initiative has just been announced: the OG Style 36 LX “Magic Tape" Pack. The new assemblage will feature "Black," "Marshmallow" and "Green" colorways, the former of which will be the first to be stocked on the shelves.

For each of these takes, the streetwear and footwear retailer has opted to infuse a brand new feature that has never been seen on its previous team-ups with the Anaheim-based skateboarding company — velcro overlays. These are applied to the uppers of the shoes so that wearers can mix and match the velcro-backed bone stripes that come packaged with the kicks to their liking.

Shown above is the "Black" colorway which will be the first to kick off the capsule's launches, and it's formed with blacked-out base layers and off-white midsole pieces. Look for these to drop on May 28 via Blends.

In other news, NOAH and Vault by Vans have reconnected for a beachy Slip-On collection.