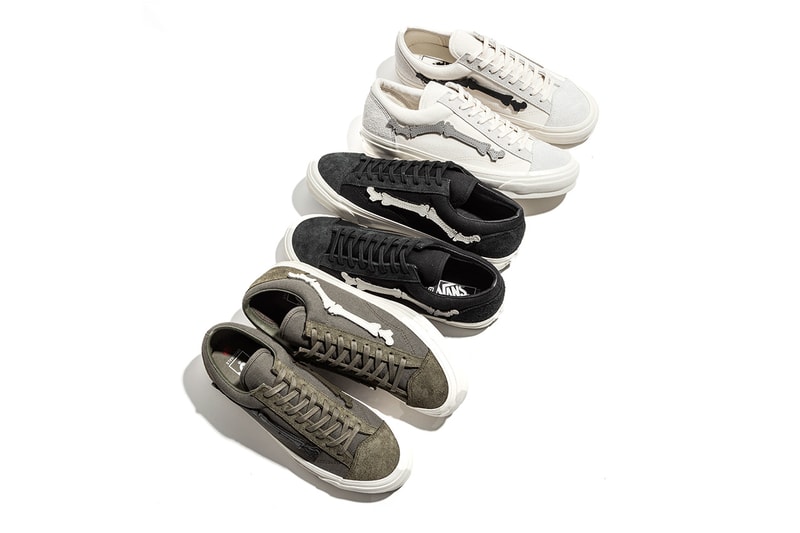 Blends and Vault by Vans have a rich collaborative history of working together on footwear, and this season the two entities are reuniting for a brand new collection. This oft-seen SoCal link-up is gearing up for expansion with a trio of OG Style 36 LX colorways, all of which have been named under the Blends x Vault by Vans OG Style 36 LX "Magic Tape" Pack. The “Magic Tape” nickname is has an element of duality to it as it nods to the streetwear retailer's Japanese heritage and how Velcro is often called “magic tape” in Japan.

After initially unveiling the "Black" colorway, Blends has given HYPEBEAST the first detailed look at the entire assemblage. Dropping alongside the "Black" iteration are "Marshmallow" and "Green" installments and is each arrives with a customizable component. Overlays that are present atop the base layers of each variation have been materialized with velcro and that is so you can mix and match the various velco-backed bone stripes that come packaged with the sneakers. This capsule marks the first time that the duo has included this design feature.

The collection will roll out via BLENDS’ online store and retail locations from late May to early July, with the "Black" pair dropping on May 28, the "Marshmallow" pair releasing on June 17 and the green pair hitting the shelves on July 2.

In other news, NOAH and Vans recently dropped a beach-ready Slip-On collection.