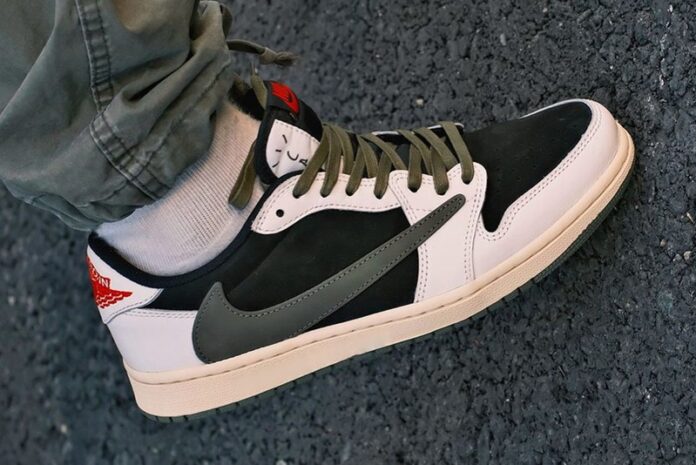 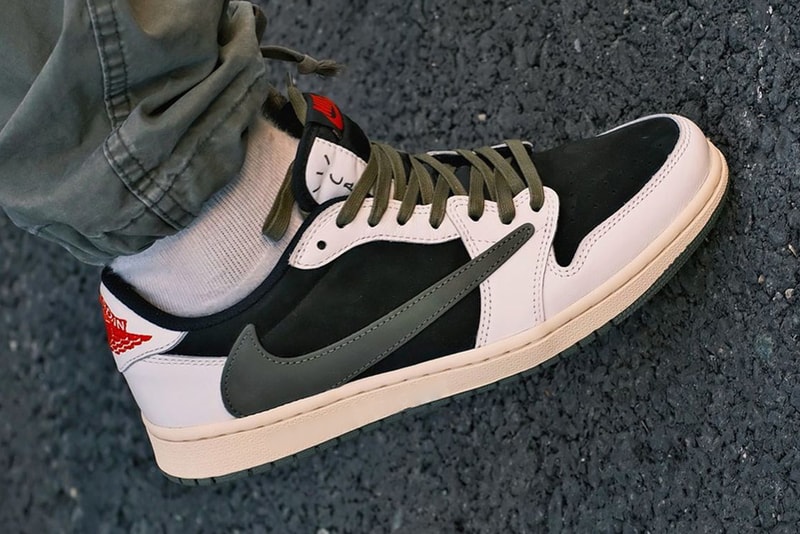 Travis Scott has fully returned to the spotlight, and as a result, Jordan Brand has been given the green light to proceed with production for his upcoming footwear collaborations. In the coming months, the Houston native is expected to release more takes of the Air Jordan 1 Low OG, one being an "Olive" iteration that's expected to be a women's exclusive.

Grayscale tones are used in greater quantity on this impending installment. Suede quarter panels and toe boxes are fitted in all-black, and these come contrasted by smooth leather overlays that are treated with white finishes. Drab olive hues are situated on the laces and his signature reversed Swooshes, while bursts of red peek out through the Nike Air branding on the tongues and the ball-and-wings logos that are parked on the rear end. Like its predecessors, Cactus Jack branding also is skewed to the lateral side of the tongues. Underneath all of that, midsoles are dialed to a "Sail" hue while the outsoles are fitted in more olive.

Early reports have these dropping in Spring 2023, but Nike hasn't confirmed this information yet.

Looking for more news? Initial photos of the upcoming Air Jordan 1 "True Blue" have been released.

HYPEBEAST and National Geographic Invite You to an Immersive, Ocean-Inspired Installation at HBX New York