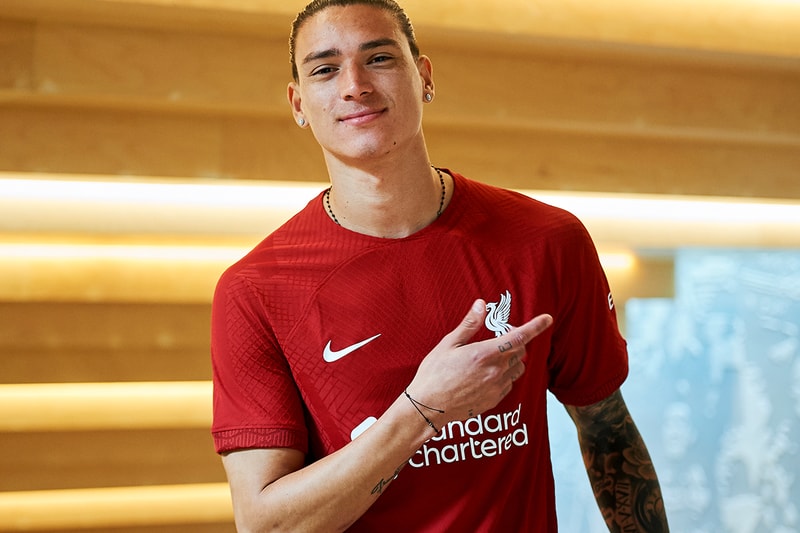 Liverpool have announced the signing of 22-year-old Darwin Nunez from Benfica for a record-setting club fee.

According to reports, the fee is priced at €75 million EUR (approximately $78,600,000 USD) with a potential €25 million EUR (approximately $30,000,000 USD) in add-ons, which includes scoring goals to winning the champions league. "I'm really happy and delighted to be here at Liverpool. It's a massive club," Nunez told Liverpoolfc, "I've played against Liverpool and I've seen them in lots of games in the Champions League, and it's my style of play. There are some great players here and I think it's going to suit my style of play."

Having spent two seasons with the Portuguese side, the Uruguayan striker bagged 48 goals from his 85 appearances in all competitions. The forward has also earned 11 senior caps for his country, Uruguay, since making his international debut in 2019.

Liverpool has played against Benfica this season during their first-leg clash in the champions league in Lisbon, where the reds beat Benfica 3-1; the goal scored by the opposition was from Nunez himself. Liverpool manager Jurgen Klopp noticed Nunez and praised him: "A good-looking boy, huh? And a decent player as well! Really good, really good. I knew before, of course, but he played pretty much in front of me with his tough battles with Ibrahima Konate."

"As I say, I've watched quite a lot and it's a very big club and I hope I can give everything that I've got in order to help the team. That's one of the reasons why I came here to Liverpool - to win trophies and titles. I want to win a lot of trophies at Liverpool." Nunez added.

A new striker means that the club can pave the way for the potential departure of Sadio Mane, who has been linked to Bayern Munich over the past weeks. The club has rejected two bids from the German side.