More Dunk Lows are on the way. Dropping in the coming weeks, here is a first look at the Nike Dunk Low Iron Grey.

Done in an Iron Grey, Phantom, and Scream Green color scheme, this new iteration of the fan-favorite model comes dressed in a smooth Grey leather upper paired up with cracked leather overlays and mesh tongues. Although a bit discreet, the sneaker’s most unique details comes by way of the dual Swooshes on the lateral side. Completing the look are Grey laces, a Phantom midsole and Grind Rubber Green outsole.

Update: 6/30 – Official images of the Nike Dunk Low Iron Grey have been revealed. Current reports still have this new colorway of the Dunk Low releasing in the coming weeks. 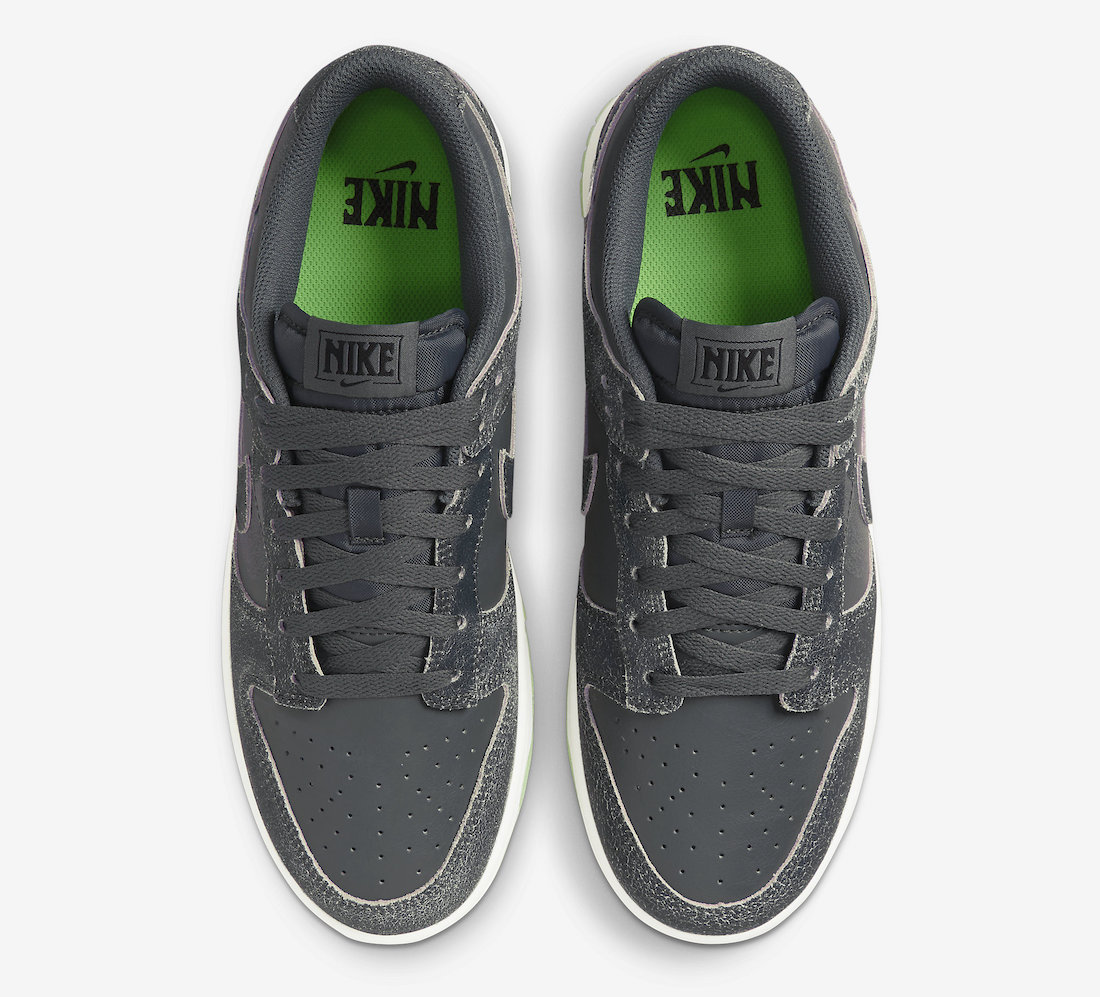 Update: 6/26 – A detailed perspective of the Nike Dunk Low “Iron Grey” is showcased and the silhouette exudes somewhat of a call back to the iconic Nike Dunk Low Pro SB Denim Reese Forbes, although, it’s more reflective of Dunk Low Denim Hulk if OG sneakerheads can remember. Additionally, while a release date has not been announced yet, you can learn more about the iconic Peter Moore-designed silhouette by heading on over to the Nike Dunk Low. 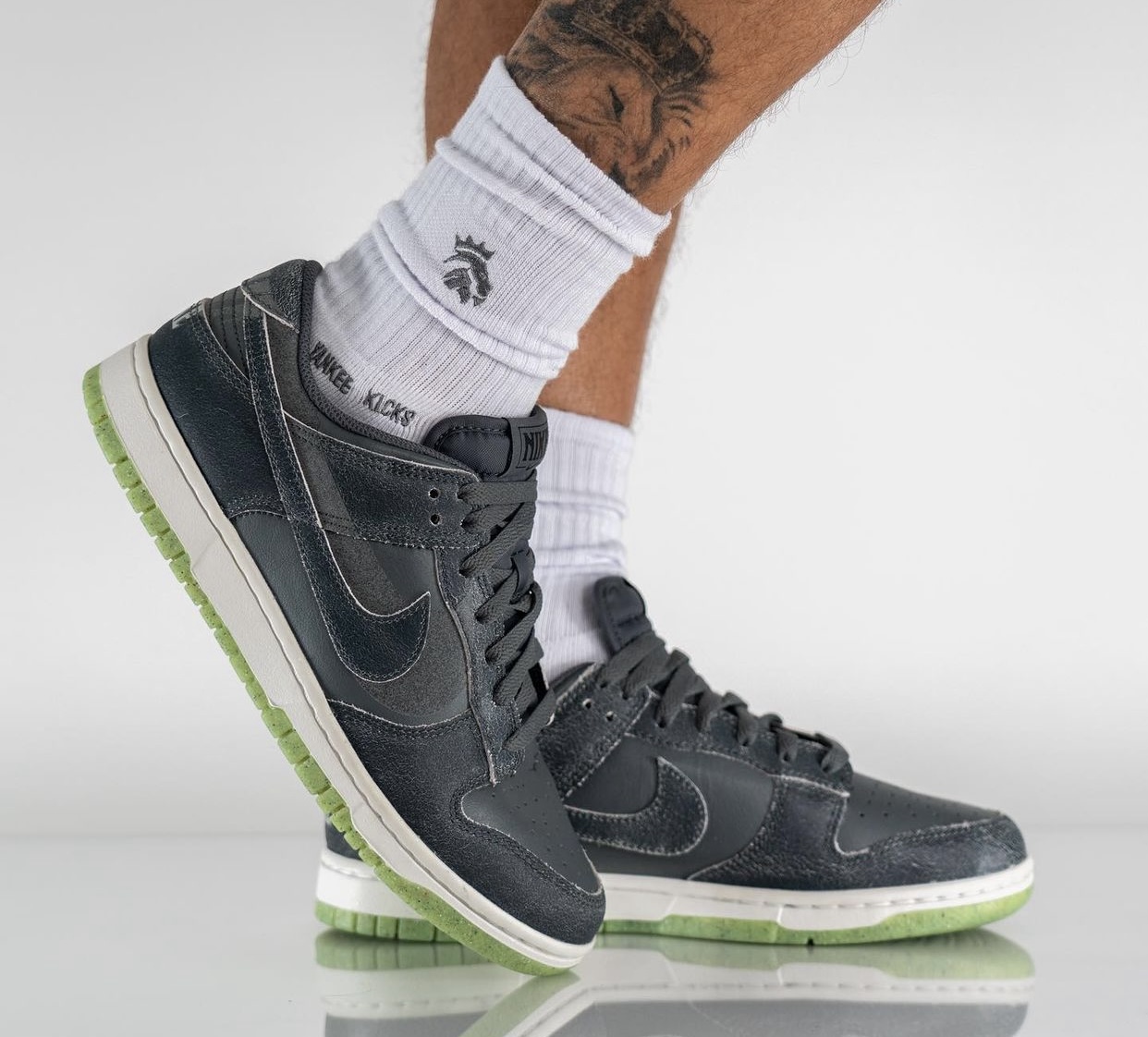 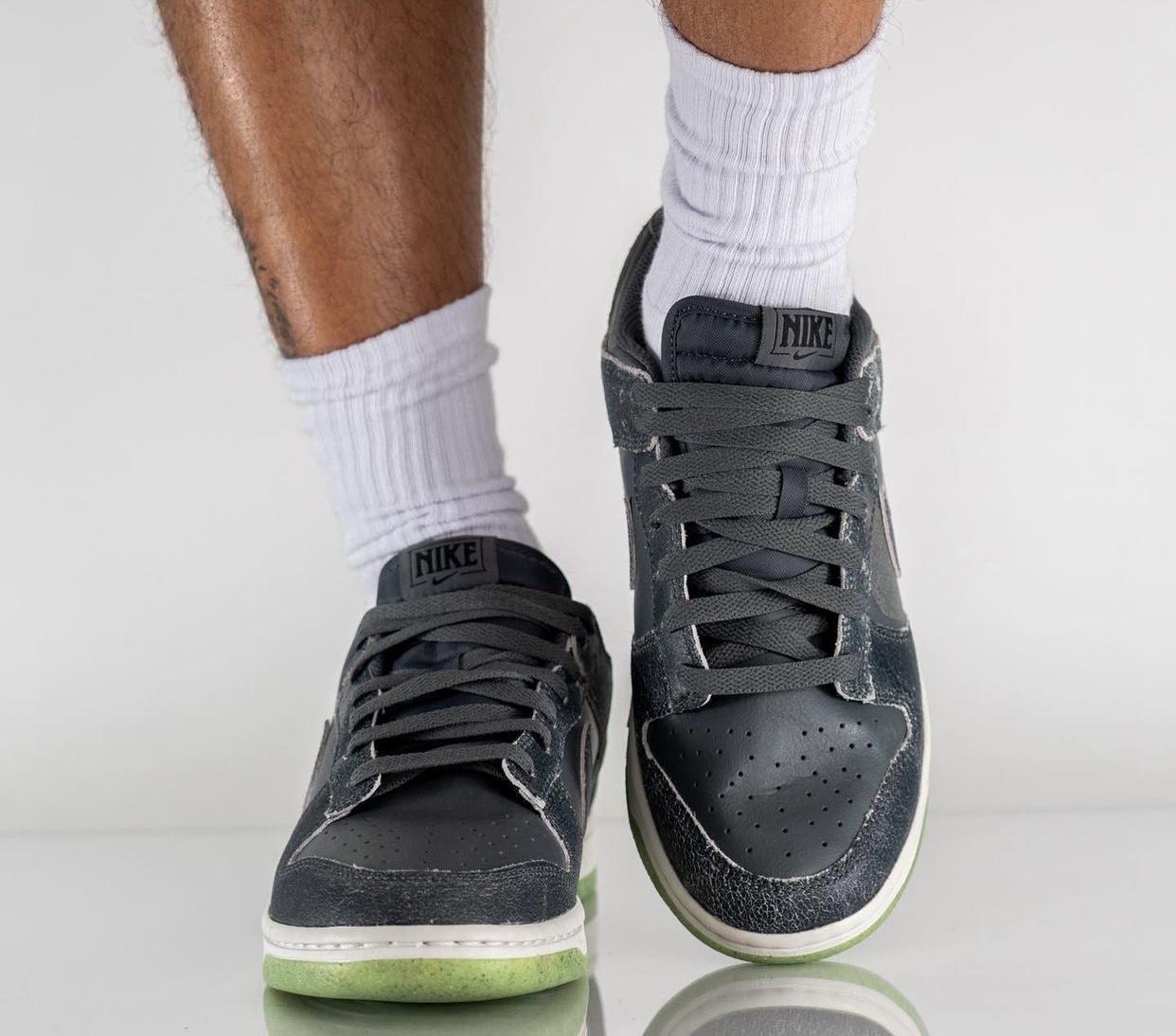