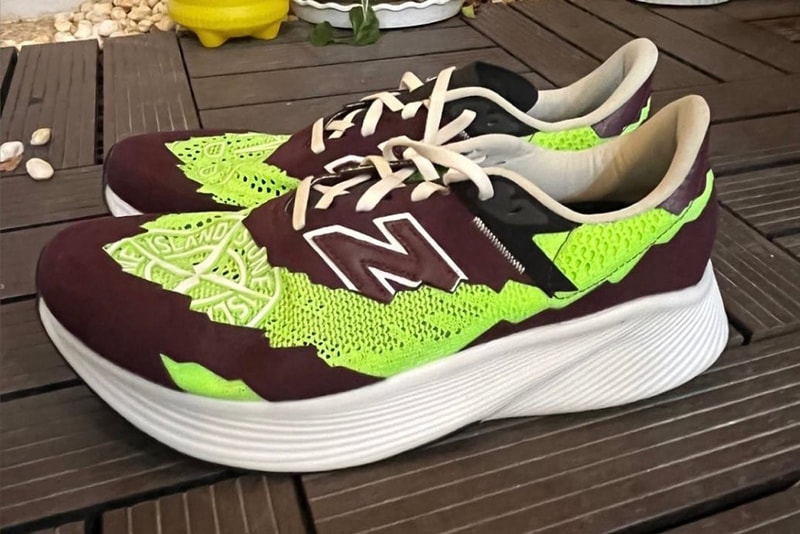 Over the years streetwear giant Stone Island has connected with other brands selectively and with great success, including previous footwear releases with Nike and an often revisited relationship with Supreme. Now, the focus has shifted to a partnership with New Balance. Reuniting in 2021 with an announcement of the two entities working together long-term, we've already seen plans start to unfold with the release of the Stone Island x New Balance Tokyo Design Studio RC ELITE SI.

Carrying over the ripped open silhouette from last year's RC ELITE colorway, this iteration opts for a much bolder color scheme. Key attributes such as the breathable 3D knit upper make a return alongside the iconic Stone Island compass rose on the left shoe and a New Balance graphic on the right. The upper's knit portion is found in a neon green while the ripped overlay takes on a dark brown shade. FuelCell technology returns to the midsole which is found in white, resting atop a standard black outsole to complete the detailing.

Expected to retail at $220 USD, keep an eye out for this pair to drop later this year via New Balance and select retailers.

In case you missed it, New Balance drew inspiration from their archives with the 2002R "Good Vibes Pack."