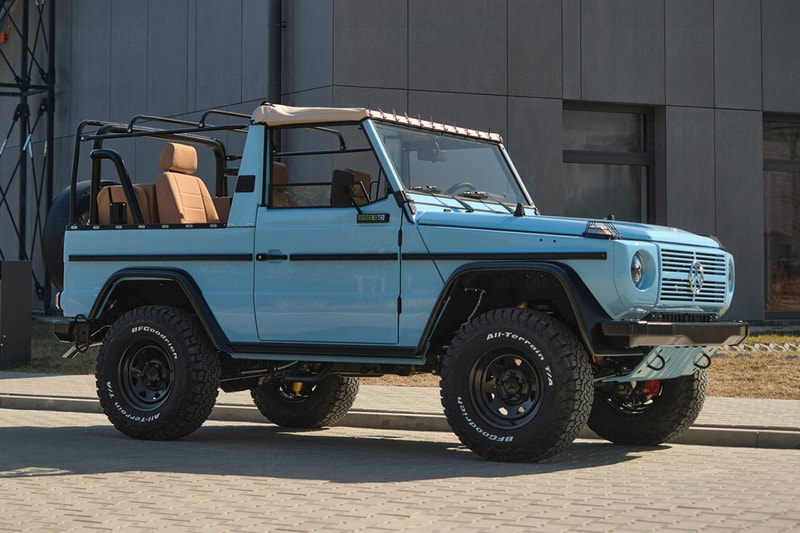 Expedition Motor Company has now unveiled its new 1991 250GD Wolf G-Wagon, a resto-mod project that took the company 1,400 hours to complete. With an iconic Gulf Blue paint job on the exterior paired with tan, Praline upholstery on the interior, the restored vehicle now packs an 0M602 diesel engine working in tandem with a Mercedes-Benz five-speed 722.6 automatic transmission with the original gear-shift lever traditionally found in S-Class models to provide smoother and quieter gear shifts while you feed in more power.

The company says the car was built from the ground up after a complete nuts and bolts strip-down, which allowed for a series of other mechanical upgrade1s including new fuel and brake lines, fresh body mounts, new internals for the factory truck axles, reengineered brake calipers with stronger rotors and drums, front and rear locking differentials, and enhanced springs, shocks and custom polyurethane bushings in the frame. Of course, as a convertible designed for the wilderness, you'll also have a modern HVAC system while both the front and rear seats heat up in the cold weather.

For those interested, EMC's Gulf Blue 1991 250GD Wolf will be available this summer for a price of $160,000 USD. You can learn more over on the company's website.

Elsewhere in the automotive world, Bentley has unveiled the all-new Continental GT S.